Skip to content
Home>Uncategorized>This Real Estate Agent Was Showing A Home, Then He Saw Guns Pointed At Him…

This real estate agent was showing a home, but he quickly found himself in an unenviable position after the police showed up…

There is no question these days that there are a lot of scams involving real estate, and so you can’t be too careful about double checking whether a property is legitimate or not. You really should go over these listings with a fine-tooth comb, and here is one case in point.

One woman on TikTok who goes by the handle @BusyMomLI is sharing a video of a new turn of events, and it will either scare you or make you laugh. The woman believes that this was all a mistake, but either way it will definitely make you scared realizing that this sort of error can happen even in this day and age.

Last week, this woman posted a doorbell camera video that showed a man at her door and he was ringing the bell while she was working.

The man was persistent, and it wasn’t long before four other people showed up on the porch and waited with him.

“I’m thinking they’re maybe some religious group or salesman, or…” the woman said in her voiceover on the first video. “I am not sure at this point.”

It was in a later video that she explained that her front door speaker wasn’t working that well so she wasn’t able to communicate with the strangers.

Even though she expected them to leave after they got no response, @BusyMomLI soon realized that they were persisting and they even went around to the back of the house. But after she set off the alarm on the rear doorbell camera, they appeared to get the hint and moved away.

But the man who arrived first did something really strange after that. He went around to the back door, opened it up, and let the other men in!

“Now, mind you, my dog is home,” @busymomonli said. “Apparently not a very good guard dog, but she’s home.”

For at least 20 minutes, this band of strangers rifled through every compartment in her house, opening everything and then they turned around and left.

As the men backed out of the driveway, that is when the police showed up and the realtor and the rest of them got firearms in their face!

By the time that the police had shown up, @BusyMomOnLI had returned to the house and she was the one who had let the police in so that they could search to see if anything had taken anything. The real estate agent had gone back inside the house, and by this time he too was apologizing profusely for the mix-up.

The homeowner posted a third follow-up video where she explained that her back door had been left unlocked accidentally by her teenage son and that the real estate was actually supposed to be showing the house next door.

The real estate agent said that the homeowner had given him permission to enter in through the back door and he let himself in, but obviously that was before he realized he was going in the wrong house. It was also a bit puzzling to @BusyMomOnLI why he didn’t catch on right away that this was the wrong house when the interiors look absolutely nothing alike.

“I don’t know how these people wouldn’t have noticed that it didn’t look like the photos,” she said in a fourth follow-up video.

Despite the suspicious nature of the event, @busymomonli said she declined to press charges and it appeared to her that it was a genuine accident. She said she might contact the real estate licensing bureau, but that she didn’t think anything more was necessary.

“I don’t believe that they were casing my house or trying to sell my house out from under me,” she said in the third update video. “He did seem sincere.”

It definitely goes to show you, keep your house locked at all times when you are asleep or out of town! 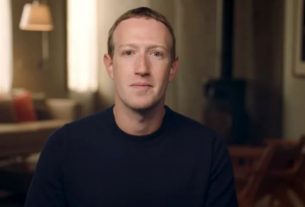 WHOA….Mark Zuckerberg And His Wife Have Been Hit With A Big Time Legal Complaint… 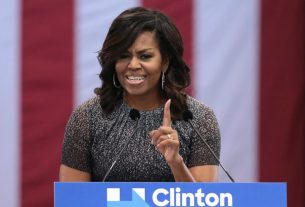 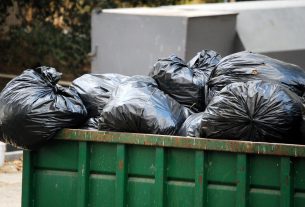 They Walked Up To A Dumpster, What The Pulled Out Will Make You See Red!