The “Star Trek” and political activist that remained highly engaged with the Democratic Party, George Takei tweeted that Americans should shut up and Pay ‘Patriotic Donation’ to Cover Biden’s Spiking Inflation.

“We can endure higher prices for food and gas if it means putting the screws to Putin. Consider it a patriotic donation in the fight for freedom over tyranny.” Takei tweeted.

Americans: We can endure higher prices for food and gas if it means putting the screws to Putin. Consider it a patriotic donation in the fight for freedom over tyranny.

First, he wouldn’t be able to feel inflation since because of his long decade of acting made him earn millions, the higher prices of food and gas is nothing for him, unlike us mere mortals who struggle because of this economic inflation.

The definition of trading your humanity for patriotism. George will be fine with higher food and gas prices, he’s worth $14 million. The poor and lower working-class in both countries want no part in wars, especially if it’s gonna add to the financial stress they already feel.

I mean I’m making $360 a month right now in spite of applying for everything I can, so, not really

— i bless the rains down in castamere (@Chinchillazllla) March 5, 2022

And the second one is how he bought into the Democrats’ latest spin that Putin is solely to blame for higher U.S. food and gas prices. Party leaders have begun to call it the “Putin Price Hike.” This canard is simply a last-ditch effort from a party that knows they’re going to be shellacked in the November midterms.

According to the Bureau of Labor Statistics report on Thursday, February Consumer Price Index showed a year-over-year gain of 7.9 percent. The December CPI was 7.5 percent and that belongs entirely to Biden. Though the remaining 0.4 percent and anything beyond can be attributed to Russia’s invasion, the 7.5 percent is owned by Biden.

The New York Post also reported last week that inflation is costing the average U.S. household $296 per month. That’s $3,600 per year, an amount that many families will find hard to look at as a “patriotic donation in the fight for freedom over tyranny.”

CNBC also said in a separate report that on Thursday, the Labor Department announced that although employers increased workers’ average hourly earnings in 2021, “‘real’ hourly earnings (wage growth minus inflation) fell by 1.7% from January 2021 to January 2022.”

This shows that though their salary increases a lot of consumers were able to buy 1.7 percent fewer goods and services in 2021 than in the previous year.

Biden is correct that the price of gasoline increased as Putin began his troop buildup at the Ukrainian border and skyrocketed when his invasion began. What he fails to mention is the “Biden price hike” that preceded the “Putin price hike.”

The U.S. Energy Information Administration reported that the average retail price of a gallon of gas in the U.S. (all grades, all formulations) in January 2021 was $2.42. By December, the price had soared to $3.41, nearly $1 per gallon more or an increase of 41 percent. This represents the “Biden price hike.”

Biden: “I’m sick of this stuff … the American people think the reason for inflation is government spending more money. Simply not true!”

It’s surprising to know that George Takei is still able to shill the Biden administration despite all of the economic carnage that the administration has inflicted upon the U.S. over the past 14 months.

This liberal Hollywood elite doesn’t even know an inch about the real-life experience of people who struggle a lot because of this inflation. Though this is obvious in his political views he still lacks an understanding that not everyone can afford price spikes across the board. 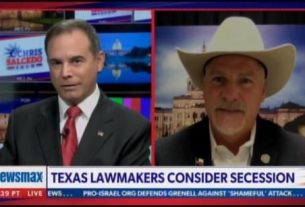 Texans Have Just Said They Would Rather LEAVE Than Be Under COMMUNISM! 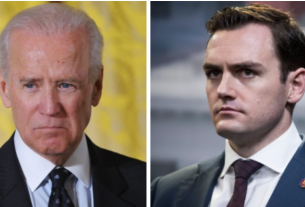