There is no doubt that there is a serious problem in manning the American military. The problem is not the military, the real problem is the Biden regime.

This week, the United States Army admitted that it is struggling to recruit new soldiers to the service and that it is reducing the size of the force by thousands of troops, making the Army the smallest it’s been since World War II.

At a press conference, Under Secretary of the Army Gabe Camarillo blamed the declining numbers on the “labor market.”

We’re facing, obviously, some challenging conditions in terms of our ability to recruit and attract talent, What we’re just seeing is given the particular conditions of a very tight labor market, our ability to meet all of our projected recruiting goals were a little bit challenged in FY ’22 and FY ’23.”

In response to the branch’s recruiting problems, the Army decided against lowering standards, according to the undersecretary.

He said, “We made the assessment that we would not want to adjust our specific criteria for quality, and so, we made the decision to just temporarily reduce end strength, as opposed to lowering our standards.”

Camarillo said it should be temporary with the army building its numbers back up in the next five years, while the change is somewhat alarming.

The issue was unprecedented, according to retired Army Lt. Gen. Thomas Spoehr, head of the Heritage Foundation’s Center for National Defense.

Spoehr said, “The Army has not faced such recruiting headwinds in the last 30 years. I am unaware of a situation where the Army has cut its end strength in response to a negative recruiting outlook.”

He added, “If the Biden administration was not holding the Army’s budget below the level of inflation, I am not sure they would have had to resort to cutting their end strength. “

Many Americans are opting out of the military because of a “perfect storm” of circumstances, including the Biden administration’s catastrophic exit from Afghanistan and the notion that the military is politicized while pushing a “woke” agenda, according to Spoehr.

“The disastrous withdrawal from Afghanistan has also caused some to question our military and their competence. There is a sense among the American public that the military is becoming increasingly political and that topics such as race and gender equity, critical race theory, and wokeism in general are commanding more attention, at the cost of readiness.” 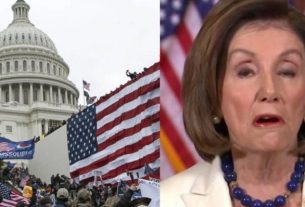 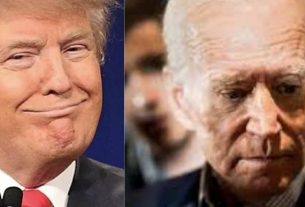 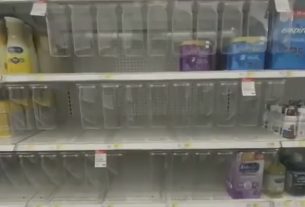 Infants Hospitalized Due To Formula Shortage And Biden Is…