Skip to content
Home>Uncategorized>This Little Girl Was Hospitalized For Wearing The Wrong Shoes, What The Mom Said As A Warning Will….

As parents, we’re constantly vigilant when it comes to keeping our children safe and away from things that might do them harm. Unfortunately, it’s a harsh reality that, try as we might, we’re unable to protect them from literally everything. Just like what happened to a Texas mother’s daughter.

Felicia Marie Hillman of Houston, Texas took to Facebook after her daughter, Rosie, developed severe blisters from a pair of jelly sandals purchased from Walmart.

In a Facebook post, Hillman shared graphic photos of the shocking injuries Rosie sustained after just one day of sporting the sandals.

“A few weeks ago I bought Rosie those jelly sandals from Walmart and this is what we have been dealing with since then,” Hillman wrote. “After one day in them she came home from daycare with blisters. ONLY ONE DAY SHE WAS IN THEM. The last picture is today after we spent last night in the emergency room. We have spent other nights in urgent care and the ER.”

For those who don’t know, or don’t remember “jellies,” they’re a footwear trend that was popular in the ’90s and has enjoyed something of a resurgence of late.

Crafted from PVC plastic, and sporting holes to allow airflow, they’re generally cheap and colorful; a win-win for a mom looking to buy new shoes for her daughter.

However, there is a catch… the shoes tend to become increasingly uncomfortable in warmer temperatures when feet begin to sweat. Although designed in a wicker-like pattern to provide airflow, the friction between the shoe and the foot can cause blisters – or in the case of Hillman’s daughter, severe burns. 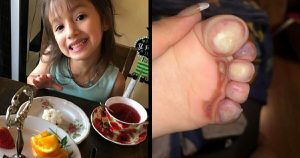 After a few days, things got worse. The blisters turned into wounds similar to third-degree burns, with Hillman eventually having no choice but to rush Rosie to ER.

“After countless antibiotics and creams finally we have some relief,” she said in her post. “Thank God this steroid cream is working. … We have to see a plastic surgeon to make sure she won’t need skin grafts to make up for the skin she lost.

“My poor Rosie girl has been a trooper. From blisters to horrific skin peeling and bleeding.”

Sure, “jellies” – and indeed similar shoes – look cute, and they can be an ideal choice in the right situations. Be warned, though, that they can also cause injuries that border on the severe. 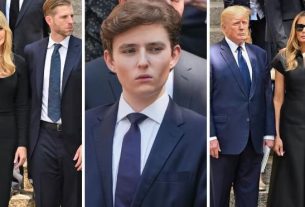 Barron Trump Just Stepped Out In Public, And Holy Cow Is He Tall! [PHOTOS} 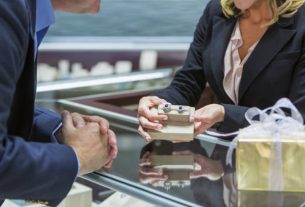 She Was Engaged For Eight Years, The Ring He Finally Gave Her Is Absolutely Insulting! 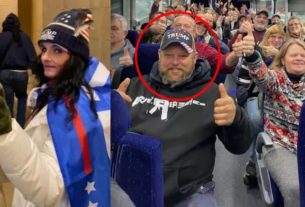 The Liberal Media Has Forced A Jan 6th Patriot To Make An Absolutely Tragic Decision!