Back in March, after a court loss for the FDA in a Texas district court, the agency began to release a massive trove of hundreds of thousands of documents related to its review of Pfizer’s safe and effective Covid-19 vaccine.

But what exactly will be uncovered in each batch of released documents is anyone’s guess. In fact, there’s so much of it, that they are having to release it in batches.

Of course, the Left and the mainstream media have been silent about the recent data dump on Pfizer. And the latest documents confirm what many had suspected regarding the safety and efficacy of their vaccine.

Details of the data dump from the MedPage Today report:

The agency released 55,000 pages of COVID-19 vaccine review documents last Tuesday, following a loss in court months earlier that forced it to expedite its process to make the information available to the public.

In a January court order, U.S. District Judge Mark Pittman of the Northern District of Texas required the FDA to release around 12,000 documents immediately, and then 55,000 pages a month until all documents are released — totaling more than 300,000 pages.

With this overwhelming data, some people are now finding paints a very ugly picture of what many have been mandated to inject into their bodies. Stuff is coming out into the open and it stinks to high heaven.

Conservatives and medical professionals will continue sifting through the mountain of data and we will expect more bombshell in the coming months.

FDA was FOIA’d to provide data on Pfizer’s mRNA product. They wanted it hidden for 75 yrs.
They lost.
Truth is finally being exposed. 80,000 docs have dropped. We’re finding out why they wanted it hidden. This is just the beginning which is bad enough#pfizerdocuments #Pfizer https://t.co/7MPCCr2yI1

Now, it has been known that Pfizer started negotiating with the FDA to drip-feed the required data a little bit at a time.

American people will have to wait up to 75 years to get a full picture of what really happened in the development of the vaccine if these fishy negotiations push through.

In a November joint status report, the FDA proposed releasing around 500 pages of the documents each month — which would fulfill the organization’s FOIA request in about 55 to 75 years.

In spite of what looks like the FDA and Pfizer working together to stonewall the full truth from coming out, the whole development process was so botched that there isn’t any amount of redacting that can hide the nightmare that this was.

In case you missed it in the thread above, we will share the clip below. A respected medical researcher, Dr. Robert Malone explained to The New American how Pfizer’s withholding of data could constitute medical fraud. See the clip below:

URGENT PFIZER NEWS: Pfizer and the CDC committed fraud for willfully withholding critical data from the public resulting in harm and death to thousands. The CDC is spreading medical misinformation. What they have done is obscene. We are completely vindicated.

One of the most disturbing portions of the report is in regards to pregnant and nursing women taking the vaccine. A scroll through Twitter and you will find all sorts of claims about this. It’s easy to fall for some outlandish accusations that are uncorroborated. But there are plenty of findings linked directly to the report that is troubling enough.

Take this for example.

Pfizer documents release confirm the vaccine should NOT (was not recommended due to the unknown outcomes) have been given to pregnant women. This must be a crime against humanity as this was promoted as ‘safe’ by U.K. govt for pregnant women. 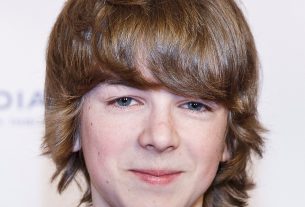 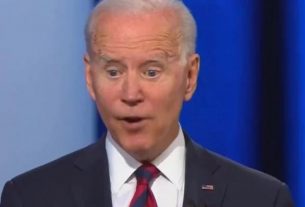