Skip to content
Home>Uncategorized>The NBA Just Made An Agreement That Proves The League Is Purely Hypocritical!

The NBA just announced that they are set to play games this coming year outside of the United States, including games in the city of Abu Dhabi in the United Arab Emirates.

The Atlanta Hawks and Milwaukee Bucks will play two preseason games at the Etihad Arena on Yas Island in Abu Dhabi on Thursday, October 6, and Saturday, October 18. The NBA and the Department of Culture and Tourism – Abu Dhabi announced the dates on Tuesday. October 8, 2022.

This is all in an effort to make the NBA a more international brand.

However, the NBA is woke. Like REALLY woke. Much more woke than the UAE, that’s for sure.

As a matter of fact, if you remember the NBA making very vocal stands on issues of modern sexual theory not that long ago…

In 2016, the NBA pulled the All-Star Game out of Charlotte after saying a North Carolina bathroom bill was discriminatory toward the LGBTQ community. Yet on Thursday, the league announced it will be holding preseason games in Abu Dhabi, a city in the United Arab Emirates, where being gay is entirely illegal.

In fact, homosexuality is criminalized and punishable by death.

All LGBTQ activity is considered criminal in the United Arab Emirates. Those found guilty of being lesbian, gay, bisexual or transgender face hefty fines and forced mental health treatment at best — and life in prison, chemical castration, floggings and yes, execution, at worst.

So, back in 2016, North Carolina banned men from the women’s restroom, and the NBA couldn’t take it anymore. They took the game out of state to demonstrate that they were super-aware.

But now, 6 years later, it’s totally okay to play basketball in a city where homosexuality is punishable by DEATH.

Types of criminalization in the UAE include:

So much for being “allies” to the LGBT+ community.

Now, the NBA is making an effort to stage games in a region that vehemently and violently opposes human rights for which the league insists it so strongly stands.

Why? Money. By holding preseason games overseas, the NBA has an opportunity to drum up interest in places that normally might not experience NBA basketball. Interest creates business opportunities, fans opening their wallets to buy merchandise, or in this case, tickets to meaningless games that may not draw flies in the U.S.

The games in Abu Dhabi, between the Milwaukee Bucks and Atlanta Hawks, are scheduled for Oct. 6 and 8 at the Etihad Arena.

The NBA is the “woke” league for American audiences. Consistency, on the other hand, does not exist.

They’re happy to bend the knee to communist China to sell sneakers and jerseys made by Uighur slaves, and they are happy to play in the UAE, even if it lobs off the heads of gay people.

But if an American state decides that men aren’t women and that dudes shouldn’t be getting naked around underage girls, then the NBA will make them suffer and pay. 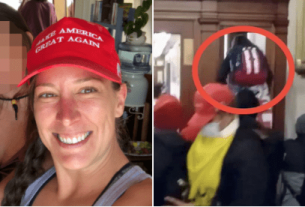 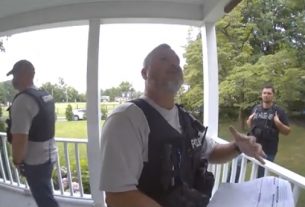 He Bought Two Guns At The Same Time, What The Government Did to Him Is Absolutely Sickening! 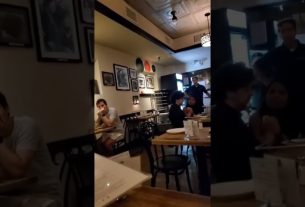