Skip to content
Home>Uncategorized>Her Husband Said He Wanted A Divorce, And Her Revenge Was Absolutely Perfect….

While Kailin Turner’s husband was deployed in the Navy, her weight had crept up to 196 pounds. And she was not happy about it.

So the military wife decided to make a change.

She started doing P90X workouts and gave her unhealthy diet a serious makeover. And after 8 weeks, she was starting to see a positive difference when she suddenly received a shocking email from her spouse.

Turner had big plans to surprise her husband. While he was deployed with the Navy, the military wife began to make changes in an effort to stun him on his return home. After her weight hit its peak, she became determined to transform her body and surprise her man. Sadly, things took a devastating turn before she revealed her big secret.

Her husband wanted a divorce. That’s when her surprise turned into the best revenge.

Upset as she was by the news, Turner decided not to return to her old unhealthy habits to seek solace. Instead, she pushed herself even harder, documenting her daily workouts in video and using “divorce tears” as her motivation.

And her hard work paid off.

“If I can do this being a military wife with a husband deployed, and on top of that this morning finding out that he wants to divorce me, then anybody can get out and do their workout,” Turner said on camera as she began vlogging her efforts to improve her appearance.

Kailin decided to document her daily workouts in hopes of inspiring others, and she did. Once weighing in at 196 pounds, she experienced jaw-dropping progress.

Turner went from being a size 18 to a size 2. But her big change was more than just about a number on her clothing tags or the scale–it was about learning to take care of herself and love herself all the way throughout her journey.

She said, “If you’re a woman and you’re not confident, I want you to realize that you are amazing, and you are beautiful.”

Watch her stunning transformation in the inspiring video below. 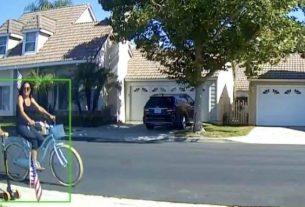 This One 16 Second Video PROVES How Bad The Brainwashing Is! 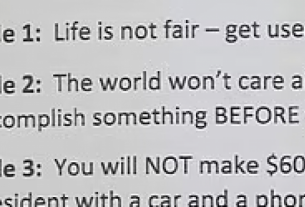 A Teen Girl Got A List Of Rules From Her Boss That Were Totally Cruel, What Her Parents Did Was… 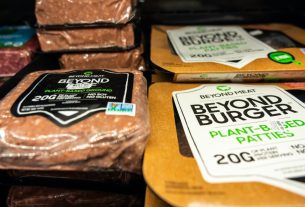 Whoa! Beyond Meat Has Been Forced To Send A Fifth Of Its Employees Beyond Having A Job!