Skip to content
Home>Uncategorized>Yet Another Tragedy Has Happened To Someone On The Alec Baldwin Film Crew!

After last month’s fatal shooting incident on the set of Alec Baldwin’s western film Rust, another crew member has been hospitalized and suffered a near-fatal spider bite.

Jason Miller, a pipe rigger and lamp operator on the film’s wrap team, is trying to “save his arm from amputation” after he was bitten by a brown recluse spider, according to a GoFundMe page launched on Miller’s behalf. It was also noted that there is a chance “under worse circumstances” that Miller could lose his arm.

The staff member was reportedly working on closing the production following the shooting incident when a venomous brown recluse spider bit him on set. According to Sky News, Miller started experiencing severe discomfort within a few days of the attack.

The New York Post also reported that Miller has reportedly “experienced necrosis of his arm and sepsis as a result of the bite.”

CBS News in 2016 listed the brown recluse as one of the most dangerous spiders in the world, writing:

If you see a brown spider with a violin shape on its back, proceed with caution: You’re looking at a brown recluse. Most bites are minor, but occasionally, skin around a brown recluse bite will become necrotic, turning a dark color and becoming a deep, open sore as it dies.

An elementary school in Pennsylvania shut down after brown recluse nests were found inside, the outlet revealed.

Following the tragedy, reports have indicated that camera crew members had complained about unsafe working conditions in the days leading up to the shooting. As The Daily Wire reported:

Six members of the camera crew walked off the set Thursday morning after days of complaining about long hours and low pay. Members of the crew were driving to the set at Bonanza Creek Ranch near Santa Fe, New Mexico, every morning from Albuquerque, a roughly 50-mile trip, despite being promised hotel rooms in Santa Fe. Hutchins was advocating for safer working conditions for the crew, one source told the [Los Angeles] Times.

At one point, a group of nonunion workers showed up to replace the camera crew, who were members of the International Alliance of Theatrical Stage Employees.

“Corners were being cut — and they brought in nonunion people so they could continue shooting,” one person with knowledge of the situation told the Times. They also added that the prop gun that Baldwin killed Hutchins with had already misfired several times during shooting.

Attorneys for the armorer responsible for the prop guns said the live round may have been placed in Baldwin’s gun to “sabotage the set.” 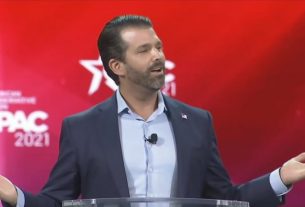 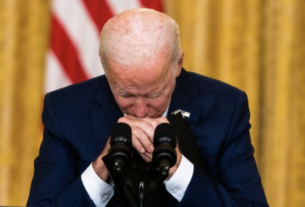 HA! They Just Punked Biden Out In EPIC Fashion! 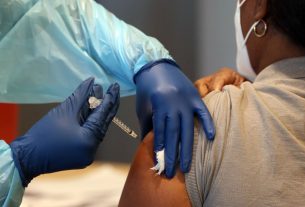