Skip to content
Home>Uncategorized>Why Was Fauci Given Nearly Half A Billion Dollars In Royalty Payments!

During his time with the NIH, Dr. Death Fauci wasn’t just peddling nonsense and ‘disinformation’, but he was also apparently raking in piles of cash.

And now, America’s most untrusted doctor finds himself in even more hot water.

On Monday, Open the Books CEO Adam Andrzejewski announced the revelations that an estimated $350 million in undisclosed royalties were paid to the National Institutes of Health (NIH) and hundreds of its scientists, including the agency’s recently departed director, Dr. Francis Collins, and Dr. Anthony Fauci.

At least 23 of these payments were sent to Fauci, while another 14 were given to his former boss Francis Collins.

Government scientists who received the payments were recognized as “co-inventors” of pharmaceutical products and other treatments. These royalty payments may be seen as a potential conflict of interest since the payments enriched the NIH and its scientists.

Daily Wire has more of the story:

Anthony Fauci, Francis Collins and other bigwigs at the National Institutes of Health reaped more than $350 million in secretive “royalty” payments from drug companies and other third parties over a 10-year period, according to an explosive new report from a watchdog organization.

The report from OpenTheBooks.com said the royalty payments, including at least 23 to Fauci and 14 to his former boss, Collins, were paid out between 2010 and 2020. Government scientists got the payments for being credited as “co-inventors” of various treatments and pharmaceutical products, according to the report.

“Because those payments enrich the agency and its scientists, each and every royalty payment could be a potential conflict of interest and needs disclosure,” OpenTheBooks.com co-founder and CEO Adam Andrzejewski wrote. “NIH is a revolving door of tens of billions of dollars in government grant-making coupled with hundreds of millions of dollars in private – non-transparent – royalty payments.”

An estimated $350 million in undisclosed royalties were paid to the National Institutes of Health (NIH) and hundreds of its scientists, including the agency’s recently departed director, Dr. Francis Collins, and Dr. Anthony Fauci, according to a nonprofit government watchdog.

Here’s an excerpt from Epoch Times reports on the matter:

“We estimate that up to $350 million in royalties from third parties were paid to NIH scientists during the fiscal years between 2010 and 2020,” Open the Books CEO Adam Andrzejewski told reporters in a telephone news conference on May 9.

“We draw that conclusion because, in the first five years, there has been $134 million that we have been able to quantify of top-line numbers that flowed from third-party payers, meaning pharmaceutical companies or other payers, to NIH scientists.”

“We now know that there are 1,675 scientists that received payments during that period, at least one payment. In fiscal year 2014, for instance, $36 million was paid out and that is on average $21,100 per scientist,” Andrzejewski said.

“We also find that during this period, leadership at NIH was involved in receiving third-party payments. For instance, Francis Collins, the immediate past director of NIH, received 14 payments. Dr. Anthony Fauci received 23 payments and his deputy, Clifford Lane, received eight payments.”

“Nonprofit Watchdog Uncovers $350 Million in Secret Payments to Fauci, Collins, Others at NIH”

Can you say Conflict of Interest boys and girls? I knew you could

Should be ILLEGAL!! It’s immoral for sure

Fraud Fauci, Francis Collins, and others in the corrupt medical establishment were paid (wait for it) $350 million in royalty payments (from Big Pharma) and that doesn’t include payments since 2014. They are getting rich off of pushing killer vaxes.

Open the Books is a Chicago-based nonprofit government watchdog that uses the federal and state freedom of information laws to obtain and then post on the internet trillions of dollars in spending at all levels of government.

The nonprofit filed a federal Freedom of Information Act (FOIA) suit seeking documentation of all payments by outside firms to NIH and/or current and former NIH employees.

NIH declined to respond to the FOIA, so Open the Books is taking the agency to court, suing it for noncompliance with the FOIA. Open the Books is represented in federal court in the case by another nonprofit government watchdog, Judicial Watch. 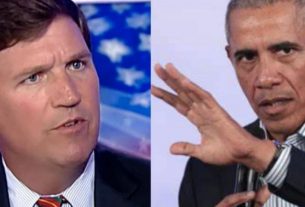 Tucker Carlson Just Stood Up And Ripped Obama A New One! 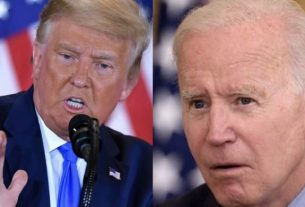 Trump Just Spoke Up About Biden, And The GLOVES WERE OFF! 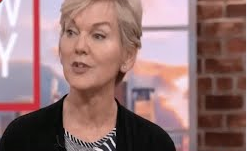