Actor Alec Baldwin posted a video Saturday on his Instagram in which he bizarrely demanded justice for the woman he allegedly shot and killed on the New Mexico set of the movie “Rust” last fall.

Baldwin demanded that they do “everything in their power” to “find out what really happened.”

Completely disregarding the reality that he fired the “prop” gun that killed Halyna Hutchins, Baldwin brazenly claims that the only way to honor her death is to “find out the truth,” before blaming “right-wing hate” and “January 6th” on the negative coverage surrounding the incident.

Baldwin said, “The only way we can honor the death of Halyna Hutchins is to find out the truth. That’s what I’m working towards, insisting on, demanding, that the organizations involved in this investigation do everything in their power to find out what really happened.”

Baldwin also claimed that it is a lie that he is not cooperating with investigators before seemingly admitting that he has not yet complied.

Awfully confident for a man who isn’t complying with investigators…

In a bizarre rant Alec Baldwin just compared his shooting of his cinematographer to Jan 6 and seemed to blame both on ‘right wing hate’ pic.twitter.com/BHrIdxugHy

Then he added: “We are going to. As soon as we get through this process then by all means we will comply. But I have no worries about that. That’s all going to work itself out.”

Baldwin accused “right-wing rag sheets” of indicating he wasn’t complying with the investigation, but law enforcement sources have confirmed that he has refused to turn over his phone.

Despite the search warrant, defiant Alec Baldwin has not yet handed Iphone over to cops.

Baldwin had been communicating with Santa Fe detectives, but he would not turn over his phone willingly, which forced law enforcement officials to issue a warrant in December. Police believe there could be missing evidence on Alec Baldwin’s phone, but he is not cooperating with law enforcement as of now. 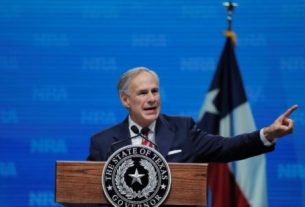