Skip to content
Home>Uncategorized>What They Did In The South Pacific Is A Total Cypto Paradise!

The Pacific island has become the home of the retired British property investor Anthony Welch together with his partner Theresa. They have been living a Robinson Crusoe life in the untouched island by humanity for the past 12 years now.

Now, Welch is trying to attract more than 21,000 cryptocurrency investors to move to his island and create a regulation-free “crypto utopia” and according to him, the island will “become home for crypto professionals and enthusiasts. It has a goal to be considered the crypto capital of the world.”

The said island is part of the Vanuatu archipelago between Australia and Fiji that consists of 3 million sq meter (32 million sq ft) islands. It was called before Lataro but Welch has renamed it to Satoshi (in a nod to Satoshi Nakamoto the pseudonym of the person who invented bitcoin). The plan includes the transformation of the 90% undisturbed rainforest into a “sustainable smart city” that Welch described as a society that will be filled with multistorey apartment blocks and offices for cryptocurrency investors from around the world.

Watch our video & see how we’re turning a dream into reality!

Yes, we already own the island
Yes, we can develop as advertised
Yes, the government supports our plan
Yes, our team has relevant expertise

But before Welch starts establishing this “the crypto capital of the world” he still needs to deal with and unwind the previous marketing of the island as a “wildlife nature reserve” home to rare giant crabs. The Lataro island was previously advertised as an ecological paradise “covered in lush rainforests, together with a wonderful array of flora and fauna that’s been here for thousands of years undisturbed and will surely make anyone believe they have gone back in time”. And the promotional video that made was in 2017 shows the 4 miles of “pristine coral reef surrounding the island is a marine conservation area” that “teems with beautiful fish and coral life”.

Welch and Theresa have petitioned the Vanuatu government and asked to designate the island to prevent extinction. Theresa said that “The ultimate goal is to re-establish the breed strongly on the island.”

The Guardian attempted to ask Welch about the concern, however, the website about Welch’s wildlife reserve has been deleted soon after the Guardian’s approach.

“This was the last place with coconut crabs, they [the local population] had decimated them absolutely everywhere else on Espiritu Santo [Vanuatu’s largest island nearby], we formed the reserve to try to stop them decimating them here to get the numbers back up … the government department for the environment has supported us creating a wildlife refuge here.”

In a separate interview via satellite since the island currently has no mains of electricity, water, phone, or internet connection, Welch said that he’s trying to build a community and not trying to develop and make a profit. He said that he has a team of cryptocurrency evangelists who are also looking for the best location around the world to create the “crypto society”.

These cryptocurrency evangelists are  Hong Kong-based architect James Law, Australian crypto entrepreneur Denys Troyak and Daniel Agius, chief operating officer of the Vanuatu Investment Migration Bureau, an agency that sells Vanuatu citizenship. Welch made a complex partnership with the three mentioned personalities after he took the island off the market.

Vanuatu is heavily promoting its “citizenship by investment” program this is despite concerns that the scheme has been exploited by fugitives, politicians, and disgraced businesspeople. Successful applicants who like to live on the island will also be granted a non-fungible token (NFT) granting them “Satoshi Island citizenship”. The Vanuatu citizenship costs $130,000 and allows “golden passport” visa-free travel to 129 countries including the UK and all Schengen countries in Europe.

“The crypto paradise they want to build is a really cool idea, and a wonderful use of a place we have been able to live on for 12 years.”

“The team had been working to find a location for some time; the key issue was trying to find a government that would … permit a society to exist on crypto transactions. Most countries in the world want to collect tax, and they therefore don’t want crypto transactions happening because they can’t monitor what’s happening. Vanuatu has no income taxes of any sort.” He added. 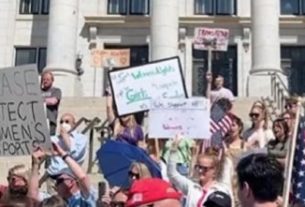 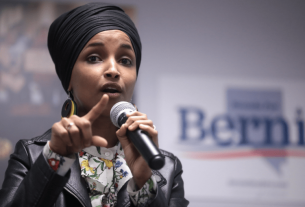