Skip to content
Home>Uncategorized>What Chik Fil A Is Doing With Their Leftovers Will Make Liberals Lose It!

Chick-fil-A has partnered with a Texas-based manufacturing company to convert the fast-food restaurant’s used cooking oil into renewable fuel.

Well, it’s another hard blow to the leftist as the famous fast-food chain Chick-fil-A is now doing more to save the environment.

“At Chick-fil-A, we are committed to caring – and that includes caring for others through our food and caring for our planet.”

Once the oil is removed, Darling says, it repurposes it at the company’s nearest biosecure processing plant.

“Our innovative partnership with DAR PRO Solutions helps us be responsible stewards of the resources at our restaurants and allows us to support the future of renewable transportation fuel – all while positively influencing the communities we serve.”

Chick-fil-A, a family-owned company headquartered in Atlanta, Georgia, currently operates over 2,700 restaurants in the U.S. and Canada.

This is quite the announcement from a company the left loves to hate. The wildly popular restaurant chain first came under attack by social justice warriors in 2012, when CEO Dan Cathy expressed his fierce opposition to same-sex marriage.

The assault against the company intensified in 2019 with the rise of the LGBTQ movement. Chick-fil-A was criticized because of the WinShape Foundation’s donations to organizations that opposed gay marriage, such as The Salvation Army and the Fellowship of Christian Athletes, according to a CNBC report.

The WinShape Foundation is a charitable organization established by Chick-fil-A’s founder, Truett Kathy, in 1984.

The award-winning company that had been named “The Most Respected Quick-Service Brand” and “Best Brand for Overall Experience” in QSR’s 2019 Reader’s Choice Awards and designated the top fast-food restaurant in Newsweek’s 2019 America’s Best Customer Service report suddenly found itself a target of the LGBTQ community and their supporters.

(Note: A viral internet meme attached new meaning to those letters last week; Let’s Get Biden to Quit. But I digress.)

Stories about boycotts and sit-ins at Chick-fil-A restaurants became a common occurrence.

Continue reading this original piece of the WesternJournal. 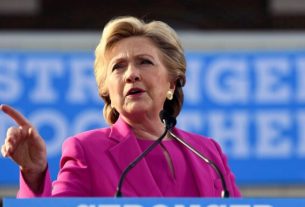 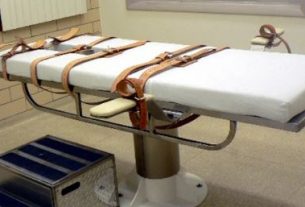 He Raped And Murdered A Small Child, His Final Words Are Absolutely Bone Chilling… 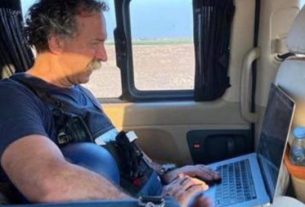