Some of the Democratic Party’s most influential women joined for a dinner in July to help strategize how to combat a slew of negative news stories about Vice President Kamala Harris, a Thursday report revealed.

Well as we know, everything is a disaster after Kamala Harris has been elected as vice president. Polls show how awful she is and it damages even further when she opened her mouth.

Kiki McLean, a Democratic public affairs expert and former adviser to both Bill and Hillary Clinton, hosted the ‘urgent’ gathering, according to Axios.

Here’s an excerpt from Breitbart report:

A group of Democrat women political strategists gathered in July for a dinner in Washington, DC, to discuss Vice President Kamala Harris’s media “crisis,” according to a report.

No one from Harris’ office was present for the dinner but “Harris confidant Minyon Moore” attended, according to the report.

The group discussed best practices for fighting back against negative perceptions of Harris, as she has suffered a series of political setbacks in the first six months of the Biden presidency.

I can only imagine the converations. https://t.co/GnKv35VHvz

The dinner was celebratory of old friends getting together for the first time since the pandemic, but also had a more pressing purpose to address reports of ‘rampant dysfunction’ in the vice president’s office and how to improve her media standing.

A previous report on June 30 shows that through interviews with 22 current and former Harris and Biden aides, associates and officials, it was concluded that there was a ‘tense’ and ‘dour’ atmosphere in the office.

Other than the leaks and interviews with White House staff, Harris has also faced public criticism from media figures and politicians surrounding the jobs she has taken on as vice president – most notably her role in addressing ‘root causes’ of the southern border crisis.

If Joe Biden can’t run for some reason in 2024, Democrats know they are going to be stuck with Kamala.

The only way they could get rid of her is if these powerful women in the Democrat party turn on her. 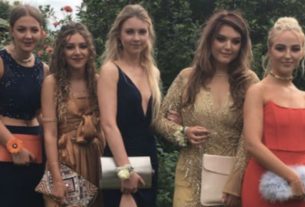 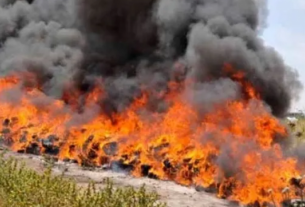 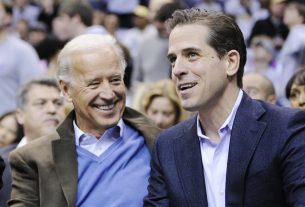