Skip to content
Home>Uncategorized>What A Big Blue Group Said About Biden Will End Him!

Joe Biden has gotten so bad that even the gay community wouldn’t even dare to support him.

Of course, the liftest liberals wouldn’t believe it unless we got them some proof. So these two reporters are out at  University Park, Texas, and ask random people if “Trump or Biden.”

What these reporters discovered proves old bumbling Joe brings nothing but failures and distractions to America.

First off, folks either “hate” Joe and his cruddy policies, or they think he’s got oatmeal for brains and is being controlled by others.

I have said this all along… the biggest reason Biden is in trouble with the American people is that he looks and sounds like a blathering old man who belongs in a nursing home, not the White House. I don’t care what you do, if you can’t speak, walk, or handle yourself like a strong leader, the American people will not get behind you.

And that’s where Joe is at right now. Every single day he has another debacle. Every time he opens his mouth, something unintelligible comes dripping out.

Just the other day, Joe Biden stood there, trying to shake hands with “air,” for crying out loud.

So, while it’s surprising to see how American people have abandoned Biden and the Dems, it’s not “shocking” when you really break it all down.

In a Dems stronghold gay community, reporters dare to ask random people,  “Trump or Biden,” their responses were unanimous.

Asking the Gay community what they think of Joe Biden with Sav H! pic.twitter.com/XF9Yhm1Cf1

Just watching and listening to what these people are saying made me wonder about the polls we’re seeing.

Yes, in terms of polling I honestly believe that Joe Biden is in the high-teens/low twenties, and more people out there “get” what’s going on than we might think. But one thing is for certain, there’s no way in hell this old coot got 81 million LEGAL votes. 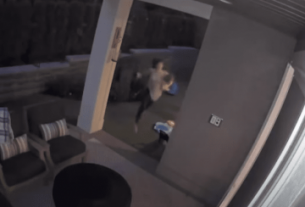 She Saw Her Child, Then She Saw The Black Bear In The Yard… [VIDEO] 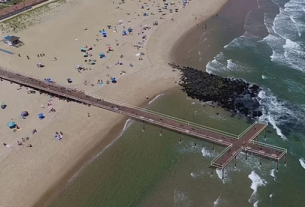