Skip to content
Home>Uncategorized>Trump Went Off And Lit The Witch Hunt On Fire!

On Thursday, former President Donald Trump made a statement regarding his exoneration in the “Mueller Witch Hunt,” stating that Hillary Clinton and the Democratic National Committee should be held accountable.

Their nonsense has cost taxpayers tens of millions of dollars, Donald Trump pointed out.

The former president asked, “Now that I have been totally exonerated on the Mueller Witch Hunt with a charge of No Collusion, I have often wondered if a fake investigation is illegally started based on the information provided and paid for by the DNC and the Clinton campaign, shouldn’t they be held accountable? Not to mention, wasting tens of millions of taxpayer dollars and interfering with years of a presidential administration? I fought the made-up Hoax strongly and effectively, and I won.”

“Then they fabricated, out of thin air, the fake allegation that I obstructed justice, and I won that too. Think of it, how can you obstruct justice when you were fighting a false and illegally submitted narrative?” Donald Trump stated.

In May 2017, the Special Counsel, led by prosecutor Robert Mueller, began investigating Russian intervention in the 2016 election, relationships between Trump aides and Russian officials, and possible obstruction of justice by Trump.

The Mueller investigation lasted slightly over two years and ended in April 2019 with the release of the Mueller report.

Mueller also left open the possibility of whether Trump attempted to hinder the investigation, writing: “While this report does not conclude that the President committed a crime, it also does not exonerate him.”

Meanwhile, on Thursday Trump claimed that the accusations leveled against him and his administration was “fabricated.”

“They fabricated, out of thin air, the fake allegation that I obstructed justice, and I won that too. Think of it, how can you obstruct justice when you were fighting a false and illegally submitted narrative?

The incidents involving McGahn in the Russia investigation were true, including one that Trump has denied, in which the president pressed him to have Mueller removed from the Justice Department. Donald McGahn told the congress.

There were no fresh disclosures in the evidence, which was provided to the House Judiciary Committee in a closed-door meeting.

Trump reportedly attempted to take a victory lap for other alleged “illegal witch hunts” against him on Thursday.

The US Park Police did not move demonstrators from a park outside the White House so Trump could conduct a photo-op at a neighboring church, contrary to fake reporting from the establishment media and Democrats.

Trump continued, “This week I have been totally exonerated by the Inspector General in the clearing of Lafayette Park, despite earlier reports that it was done for political purposes. And I have also been totally exonerated in Congress by the testimony of former White House lawyer Don McGahn. It came, it went, and it was a big ‘nothingburger.”

“But fear not, the Radical Left, country destroying, illegal Witch Hunts continue, and I will win those too!” He concluded. 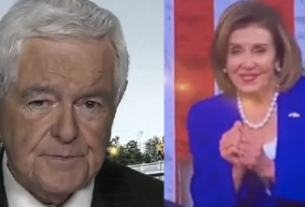 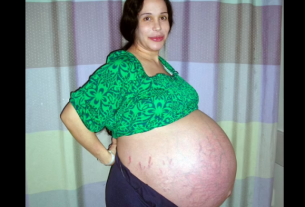 What The Octomom’s Kids Look Like All Grown Up Is Absolutely….