On the issue of climate change, Chinese government officials and state-controlled media agencies have recently ramped up their rhetoric against the United States. Mocking U.S. as not doing enough to limit greenhouse emissions even though China is by far the world’s biggest polluter.

This week the propaganda war came in in the form of an interview that CGTN America, the U.S. affiliate of the Beijing-controlled China Central Television (CCTV), conducted with retired Army Lt. General Russel Honoré.

Honoré, who is the founder of the environmental group Green Army, decried in the CGTN interview that a “large part” of the population in his native Louisiana denies the existence of climate change.

After House Speaker Nancy Pelosi picked Honoré to conduct a review of security failures leading up to the riots at the U.S. Capitol on Jan. 6, he has been in the news recently. Honoré, who retired from the Army in 2008, first gained national prominence for leading the disaster recovery effort following Hurricane Katrina.

In his CGTN interview, Honoré said that Louisiana pays “a dear price” for energy jobs in the state because of pollution generated by onshore and offshore drilling.

Honoré posted a link to the CGTN video on his Twitter page on Sunday.
Honoré did not praise China’s response to climate change, and his remarks criticizing Americans’ views on the issue were similar to those of other environmentalists. But in giving the interview, Honoré provided fodder that China’s propaganda mills used to subtly tarnish the image of the U.S.

Honore has appeared on CGTN America, the U.S. affiliate of the Beijing-controlled China Central Television (CCTV). In that interview, he criticized the country’s stance on climate change, which conveniently coincides with Chinese propaganda that accuses the United States of not being ecologically correct.

Although this is something pushed by the Chinese government it is also true that the number one country for pollution in China does not have to lower emissions until 2030. CGTN was forced to register as an agent for a foreign country. Honore had to know this when he made his appearance. I would think that because of his ideology, the report on the January 6th riots will be tainted by his beliefs. That is just my opinion.

While Kerry was in Shanghai, Chinese foreign minister Zhao Lijian criticized the United States on its environmental policies but how do you take that seriously when China is the leading polluter that relies heavily on the burning of fossil fuels including coal?

That is because the topic is used for propaganda purposes otherwise China would be cutting emissions rather than raising them dramatically.

According to Freedom House, a pro-democracy think tank, the Chinese Communist Party’s media organs typically push “soft content” to their millions of subscribers and social media followers that is not easily identified as propaganda. But the state-controlled outlets can quickly be activated “to deliver harsh CCP propaganda to large global audiences” when needed, according to Freedom House. 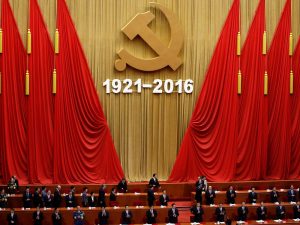 The U.S. Justice Department requires CGTN to register under the Foreign Agents Registration Act, which was enacted to track foreign propaganda aimed at the U.S.

The interview with Honoré comes as Chinese and U.S. officials are poised to meet to discuss potential cooperation on climate change. 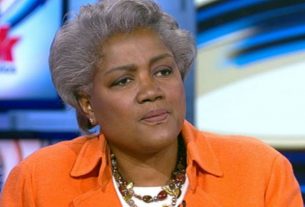 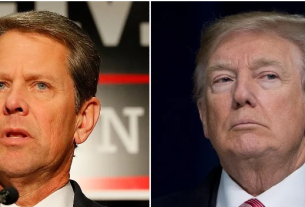 If You See A Wire Around A Door Handle, Start Running In The Other Direction…