Skip to content
Home>Uncategorized>Liberals Are FORCING A Top Gun Manufacturer From Its Home State!

Another manipulation has been done by these cults.

Ever since Biden was fraudulently installed in the Whitehouse this year, United States has been facing a horrific situation almost every month.

From controlling the lives of American citizens to enforcing strict lockdowns, extended quarantine periods, and lastly the very manipulative vaccine and mask mandates.

Smith & Wesson is relocating its headquarters from Springfield, Massachusetts to Maryville, Tennessee in 2023.

Clearly, the company will move its operation to a state that values and supports the Second Amendment as this decision was made due to proposed firearms legislation in its home state of Massachusetts that would certainly hurt the company’s revenue overall.

Mark Smith, President, and Chief Executive Officer have released a statement, “This has been an extremely difficult and emotional decision for us, but after an exhaustive and thorough analysis, for the continued health and strength of our iconic company, we feel that we have been left with no other alternative… These bills would prevent Smith & Wesson from manufacturing firearms that are legal in almost every state in America and that are safely used by tens of millions of law-abiding citizens every day exercising their Constitutional 2nd Amendment rights, protecting themselves and their families, and enjoying the shooting sports. While we are hopeful that this arbitrary and damaging legislation will be defeated in this session, these products made up over 60% of our revenue last year, and the unfortunate likelihood that such restrictions would be raised again led to a review of the best path forward for Smith & Wesson.”

Fox News has reported that “Smith & Wesson has been located in Springfield, Massachusetts, since being incorporated in 1852. That facility will remain operational, but others in Connecticut and Missouri will close as part of the consolidation.

Upward of 750 jobs will move from those facilities to the new headquarters in Maryville, Tennessee. Employees who cannot make the move will be offered enhanced severance and job placement services.

“This has been an extremely difficult and emotional decision for us, but after an exhaustive and thorough analysis, for the continued health and strength of our iconic company, we feel that we have been left with no other alternative,” Smith said.

This is completely a very aggressive manipulation by the Biden administration so far… imagine what they could do to Afghanistan, right? Now they just completely did that to a leading gun manufacturer. 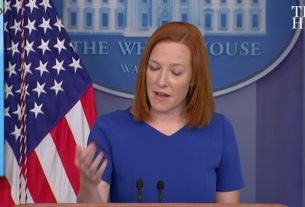 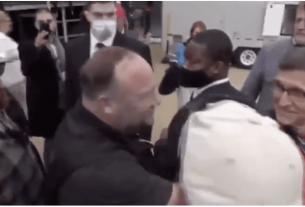 Alex Jones Has Had Enough And Is Suing Nancy Pelosi! 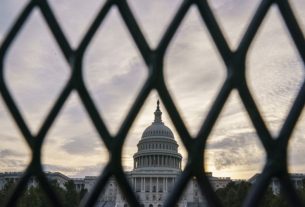 1 thought on “Liberals Are FORCING A Top Gun Manufacturer From Its Home State!”