Skip to content
Home>Uncategorized>Just In: Formerly Secret Scope Memo From Witch Hunt Surfaces, Rosenstein Panicking As He Signed It

But they are. And now, it turns out those instructions were more extensive than previously known,” according to the Washington Examiner.

Until just recently, it had been thought that there were only “scope memos” sent to Mueller from the Justice Department. We are now finding out that there was a third memo.

When Mueller was first appointed, on May 17, 2017, the appointment document, signed by Deputy Attorney General Rod Rosenstein, authorized Mueller to investigate three areas: “i) any links and/or coordination between the Russian government and individuals associated with the campaign of President Donald Trump; ii) any matters that arose or may arise directly from the investigation; [and] iii) any other matters within the scope of [obstruction of justice laws].”

That document was made public immediately. It shaped the popular understanding of what Mueller was investigating. It was, however, just for show.

On April 3, 2018, news broke that Rosenstein wrote a second scope memo to Mueller. Dated Aug. 2, 2017, just 10 weeks after the original appointing document, the second scope memo came to light as a result of court proceedings for the trial of former Trump campaign chairman Paul Manafort. But most of it was blacked out. Still, the public could see that Rosenstein wrote that the original May 17, 2017 scope memo “was worded categorically in order to permit its public release without confirming specific investigations involving specific individuals. This [Aug. 2] memorandum provides a more specific description of your authority.”

Rod Rosenstein was said to have listed numerous assignments, however there was only one that wasn’t blacked out. He authorized Mueller in this section to look into allegations that Paul Manafort had “committed a crime or crimes by colluding with Russian government officials with respect to the Russian government’s efforts to interfere with the 2016 election for President of the United States, in violation of United States law,” also mentioning allegations that Manafort had “committed a crime or crimes arising out of payments he received from the Ukrainian government before and during the tenure of President Viktor Yanukovych.”

We still don’t know the rest of what Rosenstein told Robert Mueller.

We do know, however, that recently, the Department of Justice allowed some congressional committee members to look at the scope memos. Now we are finding out about a third scope memo.

The Examiner reports that contents of the memo, which was dated Oct. 20, 2017, still remain unknown to the public. The Examiner explains that the memo’s “very existence suggests something was going on behind the scenes in the relationship of Mueller and his supervisors at the Justice Department.” 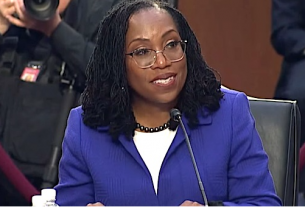 REVEALED: Biden’s SCOTUS Pick Has A Bigger Soft Spot For Pedos Than We Thought! 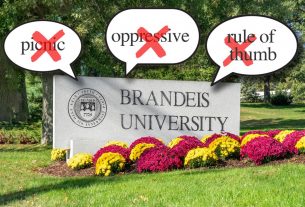 1 thought on “Just In: Formerly Secret Scope Memo From Witch Hunt Surfaces, Rosenstein Panicking As He Signed It”