Skip to content
Home>Uncategorized>Why This Person Is Suing Walmart For FIFTY MILLION DOLLARS IS Absolutely….

On Tuesday, a victim of the Walmart shooting in Virginia filed a $50 million lawsuit against Walmart.

The plaintiff said that despite the fact that the gunman  “had known propensities for violence, threats, and strange behavior,” Donya Prioleau, a Walmart employee alleges that the firm continued to hire the alleged mass shooter.

In the suit, it stated that “Despite [the shooter’s] long-standing pattern of disturbing and threatening behavior, Walmart did not enact any preventative measures to keep Walmart customers and employees safe.”

“Bullets whizzed by Plaintiff Donya Prioleau’s face and left side, barely missing her. She witnessed several of her coworkers being brutally murdered on either side of her,” the lawsuit noted.

Law police say the shooter, who shall remain unnamed according to The Daily Wire’s mass shooter policy, shot and murdered six workers and injured several more before taking his own life from a gunshot wound.

According to the lawsuit, after he “had oddly and inappropriately commented on Ms. Prioleau’s age,” Prioleau had filed a formal complaint about the shooter’s conduct on a Walmart Global Ethics Statement Form.

The manager “informed Ms. Prioleau that there was nothing that could be done about [the shooter] because he was liked by management,” the lawsuit stated when Prioleau’s mother went to the store to speak with the manager “because she was very concerned for her daughter’s safety.”

“Walmart’s management … and others, had received numerous reports that [the shooter] had been acting inappropriately, bizarrely, and dangerously.”

“[w]hile the cruelty of murdering six defenseless people is truly unimaginable, Ms. Prioleau alleges that she and her coworkers had been concerned for months that such an incident could occur at any time,” lawyers John Morgan and Peter Anderson of the law firm Morgan and Morgan, which filed the lawsuit, said in a statement.

The statement noted, “Our client alleges Walmart acknowledged her written complaint alleging harassment, but continued to employ the perpetrator. As workplace shootings and violence become horrifyingly common, employers have a responsibility to understand the warning signs and take threats seriously in order to protect their employees and customers,”

“Our hearts are broken for the families of those who lost loved ones and for those, like Ms. Prioleau, whose lives will never be the same because of this trauma. We will work to hold Walmart accountable for failing to stop this tragedy, ” it added.

“The entire Walmart family is heartbroken by the loss of the valued members of our team. Our deepest sympathies go out to our associates and everyone impacted, including those who were injured. We are focused on supporting all our associates with significant resources, including counseling,” Walmart said in a statement claiming that it was looking over the lawsuit and will reply “ as “appropriate with the court,” as reported by the Associated Press. 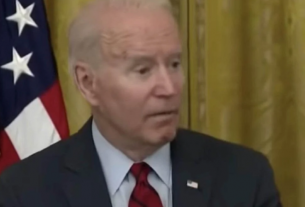 Oh My, Biden Has Just Had His Worst Blunder Yet! 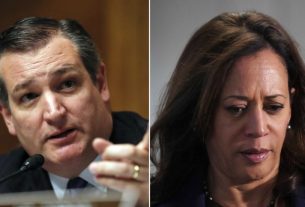 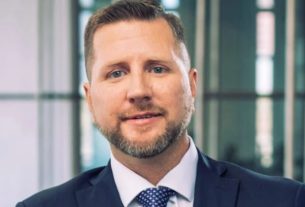