Skip to content
Home>Uncategorized>Why One Navy Chaplain Is Getting Harassed By TSA Is Absolutely Heartbreaking!

A Chaplain veteran navy for 30 years and a solid Trump supporter has been harassed and repeatedly frisked by the TSA since he agreed to voluntarily speak to the FBI in SC about what he saw as he stood on the steps of the US Capitol on January 6th.

30-yr-Navy Chaplain veteran, Pressley Stutts of South Carolina has been harassed and repeatedly frisked by the TSA since he agreed to voluntarily speak to the FBI in SC about what he saw as he stood on the steps of the US Capitol on January 6th.

Pressley Stutts, a Chaplain veteran of South Carolina has been flagged and repeatedly searched by the TSA every time he travels ever since he voluntarily agreed to speak with FBI agents about standing on the steps of the Capitol building on January 6, 2021. Early this morning, over 3 months after the protest at the Capitol, Stutts was again subject to a full body and luggage search before being allowed on his flight, this time recorded by a friend who was traveling with him.

Stutts served in the Navy as a chaplain for 30 years. Now retired from the military, he owns a small business in South Carolina. On January 6, he joined an estimated one million Americans in Washington DC for a peaceful protest against what a majority of Americans believe was a stolen election.

Back in March, Patty McMurray from 100PercentFedUp.com and Jim Hoft from TheGatewayPundit.com got an exclusive interview (linked below) with Pressley Stutts in which he told his incredible story of multiple unfounded interrogations by the TSA after VOLUNTARILY agreeing to speak with the FBI.

At 4:30 am in the morning, Stutts was again extensively searched by TSA in the Greeneville, SC airport, including a full-body search and a complete examination of his luggage. After his initial search in the security area, TSA was also waiting to search him again at the gate. This, however, was not all. Stutts had a layover in Charleston, SC, and when he arrived at his next gate, TSA was AGAIN waiting for him where they tore apart the contents of his suitcase and wiped his body with special cloths that detect bomb residue.

A traveling companion videotaped Stutts, as he explained how he was about to be searched:

Now used to these routine searches, Stutt’s friend the process he has to endure every time he wants to travel now. Not only is every inch of his body patted down, but his suitcase is completely investigated, including a search for gun powder residue.

The man taking the video explains to the viewers, “This is a chaplain, a 30-year veteran chaplain of the military… This is every flight he gets on, every single one because he was just there [the Capitol].” Later in the video, Stutts himself addresses the camera while TSA is searching his luggage.

“We do not have a free country anymore.” Says Stutts, “We do not have our constitutional rights. This is an unreasonable search… my 4th Amendment rights are being violated because I happened to go support President Trump during the January 6th rally in Washington.”

“Here we go again,” Stutts told the TSA agents who were conducting the searches. “The last time I flew, I went to Orlando; the same thing happened. Every gate I went to, I was stopped. They went through my luggage and tested me for gun powder or bomb residue.”
The TSA Agent told Pressley: “Get used to it, you’ll probably be on this list for a long time”

“I wonder if this stuff happens in Portland.” Says the man traveling with Stutts, “I wonder if you fly to Portland if you gotta get screened like this, or, you know, places like that, cuz those places are warzones.” He continues, saying to the viewers, “Tell me how that’s fair. Explain to me how the people in Portland get let out of jail and everything, with their bonds paid and everything, and you’ve got a 30-year military chaplain that gets searched every time he flies. Make that make sense. Please make that make sense.” 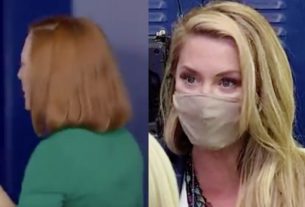 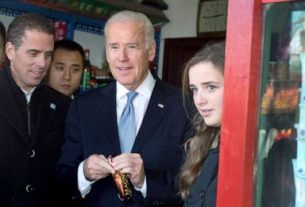 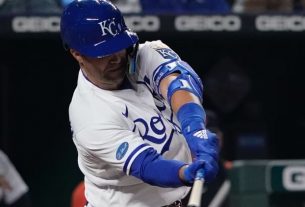