Skip to content
Home>Uncategorized>Why Are They Suddenly Dumping Millions Of Vaccine Doses?

Now that the COVID-19 cases are reducing, millions of COVID-19 vaccines collapse in many areas of the U.S and have already gone to waste.

According to the Centers for Disease Control and Prevention data, about 9.5 percent of the doses shipped from the federal government have gone to waste and according to Associated Press, it amounted to about 65 million doses.

Some medical experts are speculating that the reason why is the fear the data will be “misinterpreted” and used as justification not to follow the agency’s guidelines regarding vaccination and other matters.

The New York Times reported that Dr. Paul Offit, a vaccine expert, and adviser to the Food and Drug Administration is asking for data to present the whole truth about the vaccines. “Tell the truth, present the data.”

“I have to believe that there is a way to explain these things, so people can understand it.”

Jessica Malaty Rivera, an epidemiologist, and part of the team that ran the Covid Tracking Project concurred.

The numbers vary by state, with nearly 1.5 million doses in Michigan, 1.45 million in North Carolina, 1 million in Illinois, and almost 725,000 doses in Washington going to waste.

The AP news also noted that about 1.4 million doses are the estimated amount that went to waste in the state of California.

“Pivoting to what’s happening now, you have much more production and distribution to low-income countries,” said Dr. Joseph Bresee, who directs the COVID-19 Vaccine Implementation Program at the Task Force for Global Health in Decatur, Georgia.

“The issue of some stockpiles in the U.S., Germany, and Japan, that are not redistributed to sub-Saharan Africa, it’s less of an acute problem now because vaccine production and distribution are in high-gear right now serving those low-income countries.”

Some said waste is just part of the business.

“We tell this to providers, but the most important thing is getting people vaccinated. And that’s hard when the demand goes down. You don’t have a constant flow,” she said. “But that’s just a necessary evil I guess.”

“Given what we’ve seen in terms of the number of people still unvaccinated, I do think finding any way to get the shot in arms, even at the expense of potential wastage, is still important,” said Katie Greene, an assistant research director at the Duke-Margolis Center for Health Policy.

As demand for COVID-19 vaccines collapses in many areas of the U.S., states are scrambling to use stockpiles of doses before they expire. Millions of doses have already gone to waste. https://t.co/0K8L23tQfJ

San Jose Mercury News also reported that the Santa Cruz County in California found a record of 10 COVID-19 deaths during the peak wave of the omicron variant, nine were vaccinated.

“We’ve seen some chinks in the armor of vaccines that we didn’t see before,” Santa Cruz County Deputy Health Officer Dr. David Ghilarducci said. “As good as the vaccines are, they’re not 100 percent protection.”

“There were more cases at the peak of omicron than with the peak of delta plus the peak of the previous year and then some,” Dr. John Swartzberg a clinical professor emeritus of infectious diseases and vaccinology at UC Berkeley’s School of Public Health believed. 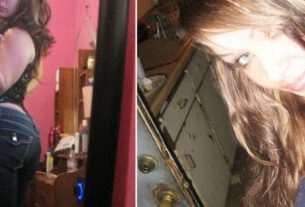 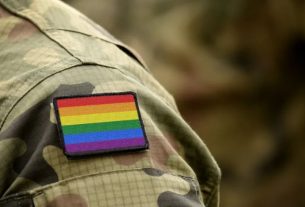 The Army Has Just Told Soldiers That They Will Be Forced To Shower With Transgender Troops! 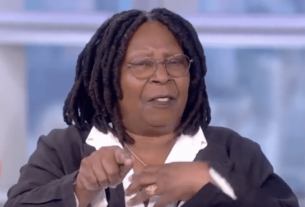