Ever since CNN got a new boss, the far-left outlet is slowly changing its course.

During a Tuesday conference call, new CNN Chairman and CEO Chris Licht reportedly told company management that staff should avoid using the Democratic Party’s “the Big Lie” term. This is after the CNN rating tank.

The phrase has been used frequently by Democrats in reference to former President Donald Trump’s claims about voter fraud during the 2020 election.

As Licht stepped into his role, he wanted to dial down on partisanship. However, it is empirically clear that CNN stands on shed far-left politicians.

Licht, who took over as CNN’s president earlier this year and is driving an overhaul at the left-leaning network, revealed his preference during a conference call with show executive producers and management on Tuesday, Mediaite reported.

The CNN president suggested that shows should instead refer to Trump’s disproven claims as “Trump election lie” or “election lies.” Licht asserted that using the phrase “the big lie” essentially parroted the Democratic Party’s “branding” and hurt CNN’s objectivity when covering the topic.

President Donald Trump responded by congratulating CNN saying it was a “big step” in a post from Truth Social:

BIG NEWS: Fake News CNN has just announced that it will no longer allow the use of the phrase,“The Big Lie,” probably because they are open to legal exposure as facts are now out, with more coming, that the 2020 Presidential Election was indeed Rigged and Stolen, and that the term Big Lie now represents the exact opposite of what the Democrats and Fake News Media was conning the public to believe. A big step by CNN. Congratulations! 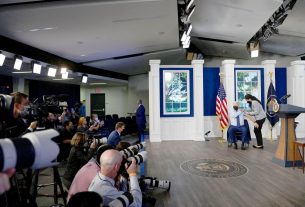