Skip to content
Home>Uncategorized>WHOA….Mark Zuckerberg And His Wife Have Been Hit With A Big Time Legal Complaint…

According to the complaints filed, Facebook/Meta CEO Mark Zuckerberg infused nearly half a billion dollars into groups that attempted to influence the 2020 election.

The grants were allegedly used to help election administrators deal with the infrastructure challenges of running an election during the Covid-19 pandemic.

The Center for Renewing America (CRA) filed legal complaints against Zuckerberg and his wife for using the grants to tip the scales in favor of President Biden.

In fact, GOP House leader Kevin McCarthy has accused him of colluding with the FBI to change the victor from President Donald Trump to Democrat Joe Biden.

That was because Zuckerberg admitted that he ordered accurate but very damaging information about the Biden family’s international business operations suppressed in the days before the 2020 vote.

More details of this report from Fox Business:

The Center for Renewing America (CRA) filed two complaints — the first against Zuckerberg and his wife Priscilla Chan and the second against the groups Center for Tech and Civic Life (CTCL), Center for Election Innovation and Research (CEIR) and National Vote at Home Institute (NVAHI) — Thursday morning with the Internal Revenue Service (IRS).

The complaints, obtained by FOX Business, allege that Zuckerberg and the three groups were involved in a scheme to inject nearly $500 million into the 2020 election in order to “throw it” to President Biden. Biden ultimately defeated former President Trump, winning key swing states Arizona, Georgia, Michigan, Pennsylvania and Wisconsin.

Zuckerberg hired former Obama campaign manager David Plouffe to spearhead the effort, according to the CRA. Plouffe allegedly funneled most of the hundred-million-dollar grants from the couple to Democratic-leaning jurisdictions in swing states via the three tax-exempt voting rights groups ahead of the November 2020 election.

Watch Vought talk about the complaints on Fox Business: FoxBusiness/Youtube

Back in April 2022, TGP reported that Mark Zuckerberg and Facebook have been at the center of various questions regarding the 2020 election.

They will face no repercussions because WI Speaker Robin Vos feels the investigation should close down at the end of April.

These 957k new registrations in 2020 represent a massive 28.97% increase over that active voting population. The Zuckerberg disguised Get Out the Vote effort was collecting an average 21,800 new registrations every single week. These are astronomical numbers for Wisconsin.

CRA has asked the IRS to terminate the tax-exempt status of CTCL, CEIR, and NVAHI as well as to deny any income tax deductions the Zuckerbergs made for their contributions to them.

A spokesperson for Zuckerberg denied the complaint’s allegations and cited a unanimous decision from the Federal Election Commission that determined donations to the CTCL and CEIR were apolitical, Fox Business noted. 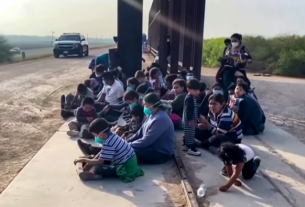 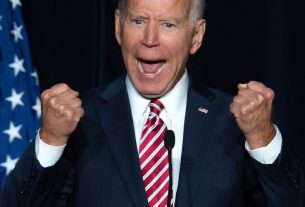 While Rome Is Burning, Biden Is Threatening Nursing Home Staff! 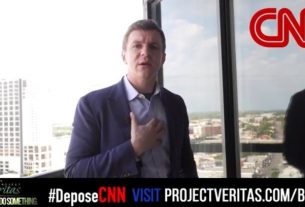 CNN Caught In Massive Lawsuit! They Are In HUGE Trouble!