Members of the Democrat-controlled House of Representatives are spending unnecessary money on their staffers.

According to FOX Business, starting Wednesday, an estimated 10,000 House of Representatives aides and 2,300 Capitol Police officers will receive Peloton All-Access and Peloton app memberships at no cost to them.

Sure, elected officials are supposed to represent their constituents, so one would think congressmen would be concerned that Americans cannot afford gas or find baby formula. But it appears the House of Representatives has other priorities.

For an average American, a Peloton All-Access Membership costs $39 a month. A Peloton App Membership costs $12.99 a month. Under the government’s contract with Peleton, the memberships will not cost nearly as much, but the monthly cost to taxpayers could be six figures.

A source familiar with the matter told the outlet that the contract with the fitness company — best known for its seemingly omnipresent exercise bikes that featured in a notorious episode of the “Sex and the City” sequel — includes a $10,000 up-front payment as well as a recurring charge of $10 per month for each staffer who takes advantage of the plan, potentially costing taxpayers up to $120,000 a month.

It seems that these Democratic politicians are out of touch, while Americans cannot afford gas or find baby formula. It appears the House of Representatives has other priorities. An email from the House Office of the Chief Administrative Office (CAO) obtained by the outlet outlined what it called the “premier employee benefit.”

Starting May 18, the contract is set to begin. Staffers will be offered both a Peloton All-Access and a Peleton App membership at no cost to them. The deal is being championed by the House Center for Well-Being.

“The email sent from the office of the CAO told the staffers and officers they would ‘have access to thousands of live and on-demand classes, across multiple disciplines, that are available for streaming across multiple devices and require no purchase of Peloton equipment.’”

Peloton said in a statement to Fox it “can confirm that the US House of Representatives is extending Peloton Corporate Wellness to all House staff and Capitol police.”

Western Journal noted that this news comes at the same time many Americans are struggling to find baby formula:

On May 11, CNN reported the out-of-stock rate for baby formula in America has reached 40 percent. For comparison, the rate sat between 2 percent and 8 percent during the first half of 2021.

In addition, gas prices continue to rise to unprecedented levels across the country. The nationwide average price per gallon of gas was $4.43 on Friday, the highest recorded average in history, according to AAA.

Many Americans criticized the House for providing non-essential benefits to staffers as everyday Americans face these issues.

“Moms can’t find baby formula, the middle class is being priced out of homes, and gas is through the roof,” one Twitter user wrote. “Meanwhile in Democrat-controlled Congress…”

Moms can’t find baby formula, the middle class is being priced out of homes, and gas is through the roof. Meanwhile in Democrat-controlled Congress… https://t.co/6hQ4vXcbp1

“If you had any question as to whether or not the government believes it’s better than you, then I submit this,” another user wrote alongside a link to FOX’s story about the free memberships.

If you had any question as to whether or not the government believes it’s better than you, then I submit this https://t.co/ntV3hknjtZ

It’s one thing to treat your employees well, but it’s another to provide unnecessary benefits at someone else’s expense. Before charging taxpayers for other people’s Peleton memberships, the House ought to at least address the multiple crises facing the country. 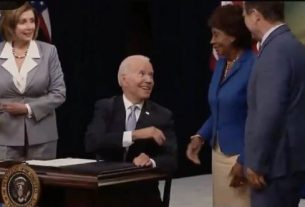 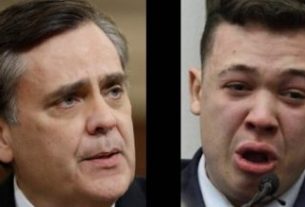 This Is The Real Reason Kyle Rittenhouse Took The Stand! 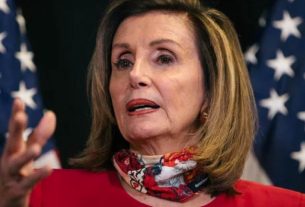