Skip to content
Home>Uncategorized>WOW! Hillary Clinton Touched Down And They Hit Her With 2016’s Greatest Hits…

A chant from the past has come back to life after Special Counsel John Durham’s latest filing.

Protesters are now chanting “lock her up” as they gathered outside of the Democratic Convention where Hillary Clinton is set to be a keynote speaker.

As Clinton walked by them to enter the convention, the protesters  again chanted such as “murderer” and “Watergate.”

Watch the warm welcome of the protesters to Hillary below:

JUST IN: Hillary Clinton is booed and heckled with chants of “lock her up” as she leaves hotel in NYC pic.twitter.com/gCjszS6bQT

Protesters in NYC chanted “lock her up” outside the Empire State’s Democratic convention where former Secretary of State Hillary Clinton is slated to speak.

The protesters gathered outside the Sheraton Hotel in the Big Apple also chanted “no vaccine mandates” – such as the current one in New York City.

Clinton reacted to Durham’s latest filing on Wednesday, criticizing former President Trump and Fox News for “desperately spinning up a fake scandal to distract from his real ones.”

Hillary Clinton SPIED on the sitting President of the United States in an attempt to REMOVE him from office. This is the CRIME of the century! She needs to PAY for this! LOCK HER UP!

Hillary Clinton claimed accusations her campaign spied on Donald Trump are a ‘conspiracy’ tied to his mounting legal issues and slammed Republicans for backing ‘coup plotters’ and pushing the ‘big lie’ in her major comeback speech in New York on Thursday.

‘We can’t get distracted, whether it’s by the latest culture war nonsense, or some new right wing lie on Fox or Facebook – by the way they’ve been coming after me again lately in case you might have noticed,’ Clinton told the New York Democratic Convention in response to special counsel John Durham’s filing over on Friday.

‘It’s funny, the more trouble Trump gets into the wilder the charges and conspiracies about me seem to get,’ Clinton said.

‘So now his accountants have fired him. And investigations draw closer to him. And on the right the noise machine gets turned up,’ she added. 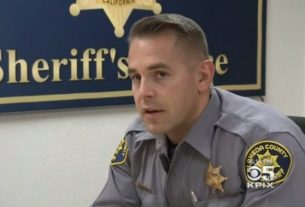 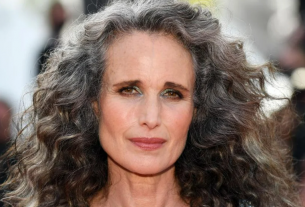 1 thought on “WOW! Hillary Clinton Touched Down And They Hit Her With 2016’s Greatest Hits…”