Skip to content
Home>Uncategorized>What This Sex Predator Did Got Him 35 Years, And They Are Saying It Wasn’t Nearly Enough!

A Jacksonville sexual predator is behind bars after the FBI said they found pictures and videos of a young girl on his cellphone taken from a hidden camera inside her room.

James Thomas Butler II created videos from a camera that was hidden inside a child’s bedroom. His phone contained at least 65 videos and 35 screenshots.

On Tuesday morning, Butler was arrested at his mother’s house after the FBI served a search warrant. Butler is accused of having sexually explicit videos and pictures of a child on his cellphone.

Back in 2001, Butler was convicted of attempted capital sexual battery and lascivious molestation of minor children in Jacksonville, and since then he has been registered and designated as a sexual predator.

Breaking 911 has more details of the court documents:

According to court documents and evidence and testimony admitted during the trial, on May 2, 2018, FBI agents and other law enforcement officers executed a search warrant at a residence in Jacksonville where Butler and several other registered sex offenders lived. During an interview with law enforcement, FBI agents obtained a smart phone from Butler. A forensic examination of Butler’s smart phone revealed that it contained sexually explicit videos and images of a minor child that appeared to have been filmed using a camera concealed in a bedroom. Through further investigation, law enforcement was able to identify this child as well as the residence located in north Florida where the camera was concealed.

On October 2, 2018, FBI agents and personnel executed a federal search warrant at this residence and discovered that Butler had installed a tiny internet-enabled camera device in an air vent in the child’s bedroom. Butler had wired this hidden camera into the house’s electrical system through the attic and was able to control this camera remotely over the internet using an app on his smart phone, collecting videos, and creating customized, lascivious screenshots of the child. A forensic review of Butler’s smart phone revealed that it contained at least 65 videos and 35 screenshots that depicted the child in various stages of undress.

Butler will be spending the next 35 years inside of federal prison after he was sentenced Thursday for child sex crimes. He was also ordered to serve a 25-year term of supervised release. 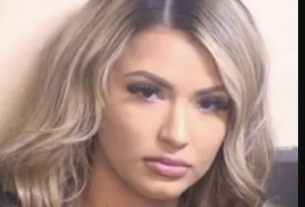 She Did Everything She Could To Sleep With Inmates, And She Just Learned Her Fate… 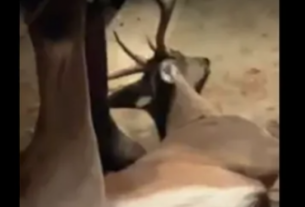 They Thought They Killed A Eight Point Buck, Then They Looked… 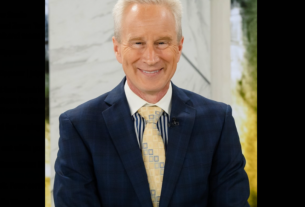