Skip to content
Home>Uncategorized>We Found The One Democrat BRAVE ENOUGH To Say NO To Critical Race Theory!

The US Senate has voted to ban government money from being directed towards the teaching of “critical race theory” in schools.

The funding would have been provided to support teaching Critical Race Theory in schools from pre-kindergarten through 12th grade.

The Republicans just won a razor-thin victory in the vote, and they owe it to one Democrat…

And for this one, we owe him a huge token of gratitude.

According to Newsweek reports:

Senator Joe Manchin of West Virginia was the only Democrat to vote early Wednesday in favor of blocking federal funding from being used in the teaching of critical race theory in prekindergarten and K-12 schools.

The vote was held shortly after midnight Wednesday to decide on an amendment introduced by Arkansas Senator Tom Cotton during the Senate’s budget resolution negotiations for the 2022 fiscal year.

Aside from Manchin, the 49 other senators who voted in favor of the amendment were all Republicans. Every other Democrat in the Senate voted against the amendment’s passage, with only one senator—Republican Mike Rounds of South Dakota—not voting. The amendment passed 50-49.

Attention has focused frequently on Manchin because of his swing vote potential this year after Democrats gained a majority in the Senate. With 48 Democratic senators and two independents who caucus with the Democrats, Vice President Kamala Harris can break ties when they occur in the chamber.

Lord knows that Manchin is going to face an absolute firestorm from his Democrat colleagues.

Heck, he’ll probably get a tongue lashing from Chuck Schumer himself, who seems even more unhinged than usual lately. 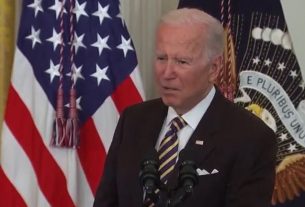 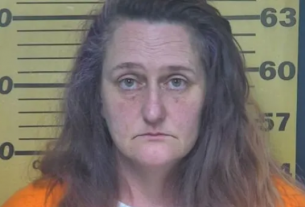 She Called 911 About A Fire In Her Crotch, What Happened When Cops Arrived… 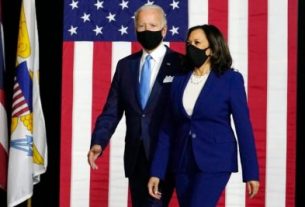 Biden And Kamala’s Handlers Are About To Throw Them To The Wolves!