Skip to content
Home>Uncategorized>This Grocery Store CEO Made A Fortune While Cutting The Salaries Of Employees….

Only a few months into the pandemic, the CEO of Kroger grocery stores, Rodney McMullen, made the difficult decision to reduce COVID-19 hazard pay for his dedicated frontline employees.

Despite cutting wages for his employees during the most hazardous period of the pandemic, he was able to dramatically increase his take-home pay through clever business strategies that endangered frontline employees. McMullen steals a record $22.4 million for himself as the company reduces employee pay.

The devoted frontline heroes receive less than one-tenth of one percent of the CEO’s annual salary, or $24,600. When compared to the previous year, the median pay for Kroger’s thousands of employees decreased by more than 8%, although McMullen’s compensation increased by almost 6% during the pandemic.

The biggest grocery store chain in the nation is Kroger, which has its headquarters in Cincinnati, Ohio. At the most recent count, it employs a staggering 465,000 individuals and workers in stores and warehouses who risked their lives and health by working in environments where the deadly virus was present and received an additional $2 per hour as a bonus. However, McMullen was eager to get rid of the “Hero Bonus” that the business had given staff members at the beginning of the pandemic.

At the time, Bloomberg reported on the decision, writing, “The hazard pay is disappearing. The hazard is not,” When McMullen decided to end the “Hero Bonus” for his frontline staff, In May 2020 as COVID-19 cases and deaths spiked in.

Nevertheless, McMullen was able to increase his personal compensation package. As workers put so much on the line in order to keep the grocery store chain operating that they thought the modest increase in their hourly pay was a step in the right direction.  But they were in disbelief when McMullen refused to compensate them for taking risks with their lives during the pandemic.

One Kroger worker asked: “How do you go from a hero to zero when there’s still a pandemic out there?”

Instead of providing adequate pay for their frontline employees, Kroger would rather close down stores than pay their employees a dollar more than the base rate.

A company spokesperson attempted to deflect blame from the CEO after Bloomberg confronted Kroger about the wealth disparity by stating that to any employee who received the COVID-19 vaccine, the company would give $100.

A spokesperson told Bloomberg in an emailed statement saying, “Kroger continues to reward and recognize our associates for their incredible work during this historic time.”

Frontline employees were expected to risk their lives during the pandemic while maintaining the operations of their companies. The wealthy individuals, however, ended up with all the money. According to a report, the pandemic increased the wealth of billionaires by 54%. During the pandemic, the average pay for the CEOs of the 300 largest companies in the country increased dramatically from $12.8 million to $13.7 million.

The statistics show that the working class in America was most severely impacted by the pandemic. 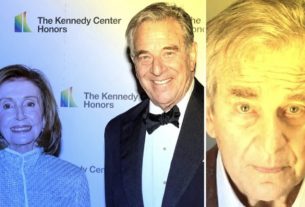 There Was Someone In Paul Pelosi’s Vehicle, Why Are They Hiding This Mystery Person? 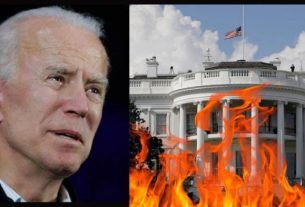 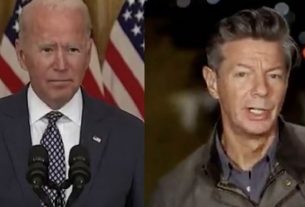