Skip to content
Home>Uncategorized>Senate Democrats Have Just Sent Out On A Witch Hunt For Bill Barr!

Former Donald Trump Attorneys General Bill Barr and Jeff Sessions are now on call to testify about the seizure of Apple data from House Democrats.

The DOJ under Trump subpoenaed Apple for data from Democrat House Intelligence Committee members and aides in their hunt for leakers.

According to Senate Majority Leader Chuck Schumer and Illinois. Sen. Dick Durbin in a statement Friday, Barr and Sessions “must testify before the Senate Judiciary Committee” and are subject to a subpoena if they refuse.

The demands came after Democratic Reps. Adam Schiff and Eric Swalwell were notified that the Justice Department under former President Donald Trump had seized their metadata from Apple three years ago as part of an aggressive crackdown on leaks related to the Russia investigation and other national security matters. That’s according to three people familiar with the seizures.

Schiff and Swalwell were serving on the House intelligence committee at the time — Schiff now is the chairman.

While the Justice Department routinely conducts investigations of leaked information, including classified intelligence, opening such an investigation into members of Congress is extraordinarily rare. The disclosures reveal one branch of the government using its powers of investigation and prosecution to spy on another.

While the Justice Department routinely investigates leaked information, including classified intelligence, subpoenaing the private information of members of Congress is extraordinarily rare. The disclosures, first reported by The New York Times, raise questions about what the Justice Department’s justification was for spying on another branch of government and whether it was done for political reasons.

In a statement, White House deputy press secretary Andrew Bates said the Trump administration’s conduct is “shocking” and “clearly fits within an appalling trend that represents the opposite of how authority should be used.”

Bates said one of President Joe Biden’s top reasons for seeking the presidency was “his predecessor’s unjustifiable abuses of power, including the repugnant ways he tried to force his political interests upon the Department of Justice.”

The Trump administration’s secretive move to gain access to the data came as the president was fuming publicly and privately over investigations — in Congress and by then-special counsel Robert Mueller — into his campaign’s ties to Russia. Trump called the probes a “witch hunt,” regularly criticized Democrats and Mueller on Twitter and dismissed them as “fake news” leaks he found harmful to his agenda. As the investigations swirled around him, he demanded loyalty from a Justice Department he often regarded as his law firm.

Swalwell and Schiff were two of the most visible Democrats on the committee during the Russia probe, making frequent appearances on cable news. Trump watched those channels closely, if not obsessively, and seethed over the coverage.

Schiff said the seizures suggest “the weaponization of law enforcement by a corrupt president” and urged the Justice Department to do “a full damage assessment of the conduct of the department over the last four years.”
Senate Democratic leaders immediately demanded that former Attorneys General Bill Barr and Jeff Sessions, who both oversaw Trump’s leak probes, testify about the secret subpoenas. Senate Majority Leader Chuck Schumer and Senate Judiciary Committee Chairman Dick Durbin said in a statement that “this appalling politicization of the Department of Justice by Donald Trump and his sycophants” must be investigated. They said Barr and Sessions are subject to a subpoena if they refuse.

Prosecutors from Trump’s Justice Department had subpoenaed Apple for the data, according to a committee official and two other people familiar with the matter. The records of at least 12 people connected to the intelligence panel were eventually shared by the company, including aides, former aides, and family members. One was a minor.

Apple informed the committee last month that the records had been shared and that the investigation had been closed, but did not give extensive detail. The committee official and the two others with knowledge of the data seizures were granted anonymity to discuss them. 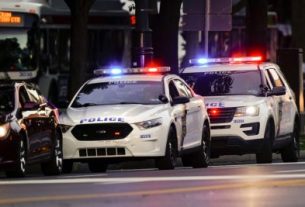 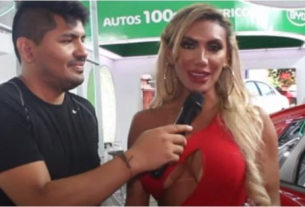