Peter Doocy rips Biden’s new Press Secretary Karine Jean-Pierre about reasons she gave for the “pausing” of the Disinformation Governance Board.

During the White House press briefing Wednesday, Jean-Pierre explained that the ‘Disinformation Governance Board’ has been paused and is under review by the Department of Homeland Security – to decide whether to continue with this ridiculous new sector or just scrap it entirely.

And with Fox News reporter Peter Doocy in the house, the new White House Press Secretary was asked some great questions about the suspension of Biden’s so-called “Ministry of Truth” program.

“Last week, you guys said that you needed this Disinformation Governance Board at DHS to make sure that freedom of speech is protected across the country and that these platforms are not used for forums of disinformation, so what changed?”

Jean-Pierre responded that the Disinformation Governance Board had been paused because it was being “mischaracterized.”

“Look, the Department of Homeland Security, they began their statement report, repeating that the board had been intentionally mischaracterized, which is a little bit of what you were asking me, and they were explicit about what it does and doesn’t – it does not do.”

“So, if it’s pausing because you think the board was mischaracterized, then the disinformation board is being shut down because of disinformation? Is that what’s happening here?”

Doocy: “So, if it’s pausing b/c you think the board was mischaracterized, then the Disinformation Board is being shut down b/c of disinformation? Is that what’s happening here?”

KJP: “Look…it’s going to pause. There’s been a mischaracterations [sic] from outside forces.” pic.twitter.com/KWzUHqSrrg 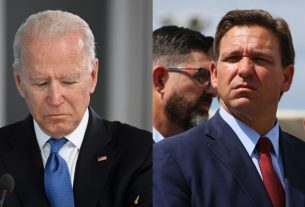 DeSantis Just Took Biden To School About His Inflation Disaster! 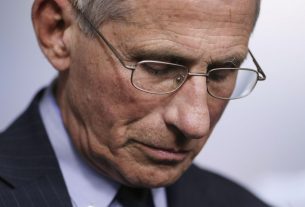 New Report REVEALS The Walls Are Closing In On Fauci The Fraud! 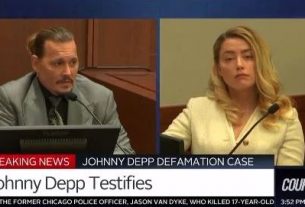 These Are The Top Five Moments From The Johnny Depp/Amber Heard Trial!