Skip to content
Home>Uncategorized>Lester Holt Asked Her A Simple Question And Kamala Turned Into A Monster!

“You haven’t been to the border.”

When Lester Holt asks Kamala when she plans to visit the southern border, she deflects and says, “We’ve” been there. Surprisingly, he persists, and the caustic VP responds with a standard retort:

The point that he is trying to make about the border is that YOU ARE THE BORDER CZAR!

It’s amazing to see such a flippant attitude from our @VP.

“I haven’t been to Europe either.” she retorts like a petulant child.

I can’t believe this woman is making me defend Lester Holt! pic.twitter.com/HYPEOywJw6

Kamala is used to dealing with the mainstream media’s bootlicking sycophants. Twitter users aren’t kind to her lame justification for escaping the border:

when asked by @LesterHoltNBC why she hasn’t visited the US southern border @vp laughs and says:

“I haven’t been to Europe.”

I must have missed the flood of French and Spaniards

I just saw the Tuesday schedule for Kamala Harris and it ends with her flying from Mexico to DC, once again avoiding stopping at the southern border to meet with U.S. Border Patrol, customs or the people on the ground having to deal with this border crisis.

Kamala should go to the border and take responsibility for the problem that this administration has created, but that won’t happen.

We chronicled the continuous discussion on Kamala’s refusal to visit the southern border in April:

Kamala Harris’s huge bluff isn’t going down well. It irritates Texas Congressman Troy Nehls, who criticizes Harris for failing to do her job. Rep. Nehls is amazing in the video below, where he proposes a border solution: Let’s get back to Trump’s policies!

Who believes this ruse? Harris throws around a lot of words and blames Trump for the border chaos:

They don’t want to address the border crisis, that’s the truth! Joe Biden has even stated that he does not want any borders!

” I respect no borders…and cannot be contained by any walls.” – Candidate Joe Biden 2019

Joe Biden opened his mouth and spilled the beans in February of 2015, revealing exactly what the Democrats had planned for Americans. His future DHS Chief is seated next to him, and he is currently doing everything he can to help Biden carry out his plan.

Please pay attention to what Biden said in 2015, as well as what Sue Payne disclosed regarding the left’s “New America” scheme.

This strategy places Americans last, ahead of the third-world immigrants they’ve been importing. It’s a scheme to redistribute wealth by bringing in low-wage workers through immigration or refugee resettlement. The agenda of globalists…

These first “new Americans” will serve as “seedlings” in the creation of a “nation within a country.”

Yes, Joe Biden wants an “unrelenting flood of immigration” to push “Caucasians like me” into the minority. That is an “excellent thing” (February 2015)

Fact-Check: Yes, Joe Biden wants an “unrelenting stream of immigration” that will make “Caucasians like me” the minority. And that’s a “good thing”👿
(February 2015)pic.twitter.com/tuNIcyZnsh

NEW AMERICANS TASK FORCE FOR A NEW AMERICA: How Obama’s administration used illegal migrants and refugees into weapons, and how Biden is carrying on the tradition:

Sue Payne, a journalist, and radio personality tells Mark Levin what we’ve been saying about what’s occurring in tiny communities around the country. Ms. Payne had the good fortune of learning about a scheme to create a “country within a country” utilizing illegals and migrants. This is a disaster for America, and it will have a significant impact on our economy, jobs, and way of life. Please read the bullet points below and listen to Sue Payne. If you Google “Welcoming America” and see whether they’re in your town, you’ll know if it’s a target. Yes, this is the fundamental change Obama was referring to.

Sue Payne was allowed to listen in on many conference calls between Barack Obama and his cabinet officials. What she discovered astounded and disturbed her.

The administration’s use of illegal aliens and refugees as weapons could be considerably more terrible than even its most passionate critics have anticipated.

“Remember when he (Obama) went to Las Vegas? The media said he was signing an executive order for five million illegal aliens to become deferred. In reality, what he did was sign a memorandum that created the ‘Task Force On New Americans,’ which would implement his ‘amnesty mill’ for the five million illegals – which I believe is going to be more than that… On these conference calls, it became clear that he’s looking at 13 to 15 million to give protection and move them on to citizenship.” – Payne.

These initial “new Americans” will be utilized as “seedlings” in the development of a “country within a country,” which will aid in the completion of the United States’ full “fundamental transformation.”

Specific cities are being designated as “receiving towns” (sanctuary cities – there are already 300! ), to which illegal immigrants are bused and flown at the expense of American taxpayers. These communities are being used as incubators for an altogether new population that aids in bringing “those in the shadows into the light” – to effectively conquer and force proper citizens into the underclasses over time.

Cabinet members discussed the importance of granting these illegals ‘refugee status,’ and then informing them of their ‘rights,’ which include massive income tax credits (up to $35,000 in some cases), free medical care, free in-state tuition, 0% personal loans, credit cards, and other forms of ‘free money,’ all of which are provided at taxpayer expense.

Furthermore, the relevance of waves of older illegal immigrants “aging well” by being instantly slip-streamed into the Social Security program, which the Congressional Budget Office has previously predicted will be utterly drained by 2030, was emphasized. Even though they would be sapping the mandated lifetime contributions of American workers illegally and unjustly, It was also made clear that this ‘protected class’ of illegal aliens from South and Central America, Mexico, Haiti, Syria, Africa, and the Middle East would not be interested in – and would not be expected to be – integrating, but rather would “navigate” their way through our society and culture until theirs dominated.

The Task Force on New Americans was established on November 21, 2014. The Task Force didn’t start meeting until January – February 2015, when three (3) listening sessions were held to gather information for a report due to the president in March 2015.

During the three listening meetings, it was revealed that White House representatives, cabinet officials, and immigrant groups will share material for the report.

The following is a list of some of the information that was shared:

Immigrants should be considered as seedlings that need to be placed in fertile soil to flourish. The lush soil was linked to the “receiving neighborhoods,” which are the areas where illegal aliens are now residing. Even so, once these communities emerge from the shadows, they become welcoming or receptive communities.

Others suggested that these similar neighborhoods would be considered “emergent immigrant communities.”

It was simple to see how these communities would welcome immigrants out of the shadows as a call listener. Still, the members of the host community may be pushed into the background. In essence, the seedlings eat the host, transforming what was once a normal community.

One commenter warned against believing that these “New Americans” desire to fit in. The focus was on navigation rather than absorption, and the navigation was done within the system with benefits in mind.

Another idea stated that the Task Force views these New Americans as refugees or asylum seekers and that they are eligible for economic, medical, educational, and housing assistance.

According to John Conyers’ testimony, the campaign to rename and thereby reclassify illegals as refugees is underway: 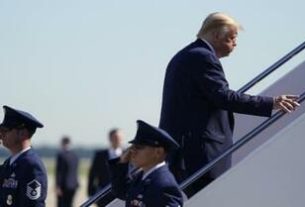 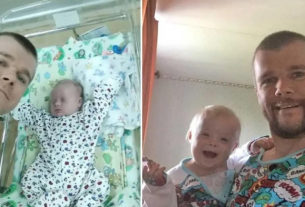 The Mother REFUSED To Raise A Down Syndrome Baby, What The Dad Did Is Purely Heroic…. 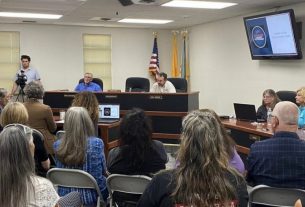 1 thought on “Lester Holt Asked Her A Simple Question And Kamala Turned Into A Monster!”