It’s an open secret that Democrats have been using non-profit organizations as vehicles to push their radical anti-American ideas.

In fact, radical far-left groups, some connected to George Soros, the Clintons, and Obama, are targeting Elon Musk despite having serious legal issues of their own.

It’s an organized attack to intimidate anyone who goes against their narrative or is if you are becoming a threat to their existence.

Nationwide demonstrations over the years, like the current Roe V. Wade, are highly sophisticated requiring a high level of coordination of individuals and progressive organizations.

An organized protest occurred at hundreds of locations in response to the Supreme Court’s draft leak that would overturn Roe V. Wade. The government media complex portrays the protests as organic and spontaneous. Nothing could be further from the truth.

Many of the signs carried by protestors were professionally printed around central themes, i.e., ‘Abortion is Health Care’.

Bob Bishop, a retired corporate CPA, will tell us more about this exclusive piece:

The Action Network, a 501(c)(4) non-profit, is an online resource platform providing powerful digital tools to organize activists, mobilize supporters, create event campaigns, crowdfunding, and petitions for Progressive causes. The Network facilitated high-profile events like the “Women’s March on Washington” against Trump (650 protests), the Keystone XL pipeline protests, and the BLM insurrection. The Black Lives Matter Global Network continues to rely on the Network to communicate its actions and to fundraise for its PAC fund even though it has temporarily suspended donation solicitations.

The Network doesn’t restrict extreme radical organizations that can access its network. A case in point is the Communist Party USA.

The Action Network is a multifaceted and highly partisan hydra supporting and promoting anti-American fanaticism.

Internal Revenue Code section 501(c)(4) provides for the exemption of “civic leagues or organizations not organized for profit but operated exclusively for the promotion of social welfare.” The organizations must promote the common good and general welfare that benefits the community. To satisfy this requirement, the organizations engage in educating the community and must conduct their activities in a non-partisan manner. Membership fees typically fund these organizations.

Whether The Action Network satisfies the IRS requirements as a 501(c)(4) social welfare charity is highly problematic since it does not promote the common good and general welfare. Its tight-knit partnership with the Democratic Party is partisan – Strike One!. The Network promotes candidates, i.e., Chicago City Council elections – Strike Two!. Radical organizations like BLM use the Network to foster hate and polarization – Strike Three!. The Action Network should be classified as for-profit organization and subject to corporate taxation.

The House Committee on Un-American Activities (HUCA) was disbanded in 1975. It is time to reinstate HUCA to combat Saul Alinsky’s Marxism undermining our Constitutional Republic.

She Did Everything She Could To Sleep With Inmates, And She Just Learned Her Fate… 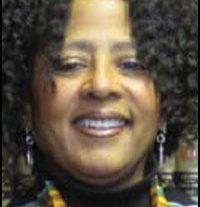 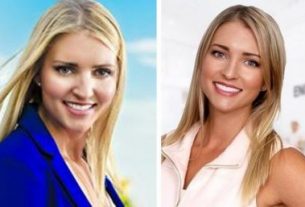 She Said She Was Too Pretty For Jail, What The Judge Did Was Jaw Dropping!