On Monday night, the Fox News anchor slammed a Texas Republican calling him “eyepatch McCain” after the congressman voted to approve an additional $40 billion in aid to bankroll the war in Ukraine.

During a Monday night rant against the Biden Regime for supporting NATO expansion amid Russia’s unprovoked war on Ukraine, Tucker Carlson accused the sleepy Joe of using the Ukraine conflict to wage a proxy war on Russia.

He also grumbled about the bipartisan congressional approval of $40 billion in aid to Ukraine, contrasting it with the present national scarcity of infant formula in his customary “just asking questions” style.

“Why is Congress so focused on Ukraine but you can’t find baby formula? According to Congressman Dan Crenshaw of Texas, asking questions like that, or really any questions at all, thinking you’re a citizen, makes you pro-Russia.”

Tucker Carlson derisively refers to @DanCrenshawTX, who lost his eye while serving our country as a Navy SEAL in Afghanistan, as “eye-patch McCain.” pic.twitter.com/ItsrNyPGQd

Carlson then aired a clip of Crenshaw telling Fox News host Trey Gowdy over the weekend that many Republicans’ “arguments” are “very depressing and almost pro-Russia,” and that the shortage “is not a money issue, it is a manufacturing issue.”

The Texas lawmaker also took a shot at those who claim we should spend the Ukrainian aid on baby formula, noting that the shortage “is not a money issue, it is a manufacturing issue.”

“The more I think about it, it takes a lot of gall for eyepatch McCain to attack moms who are worried about baby formula as pro-Russia. That is probably one of the most outrageous things I have ever heard now that I am thinking about it. Why not just answer the question, why the attacks? What does that tell you?” 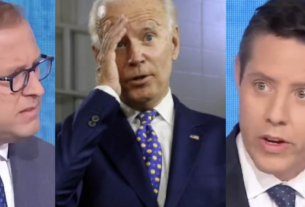 Even ABC News Is About To Turn Their Back On Biden! 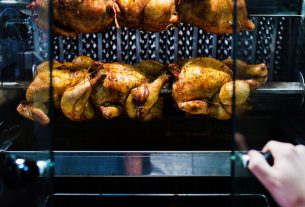 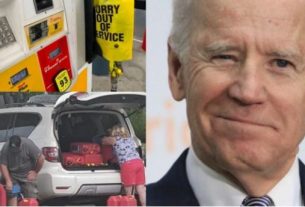