Skip to content
Home>Uncategorized>James Woods Has RETURNED And What He Said Was Absolutely Perfect!

James Woods has returned. He hasn’t tweeted anything political in a long time. After the terrible 2020 election, I believe he deserved a vacation.

I missed his voice a lot, and I know a lot of MAGA supporters did as well…

He’s back with a vengeance, and the FBI is the target of his first can of whops a**.

It all started with Andy Ngo, an independent journalist who covers Antifa, a far-left domestic terrorist organization.

Ngo, who has previously been physically assaulted by Antifa, was assaulted by them on the streets of Portland. Ngo felt he was going to die because it was that horrible. He rushed away from the mob, thinking to himself, “This is how I’m to going to die. I hope they make it quick.”

Fortunately, two reporters witnessed the incident and intervened, distracting Antifa and allowing Ngo to flee.Ngo attempted to enter a motel, but the Antifa crowd surrounded it.

“I can’t wait for you to come out, Andy,” one woman reportedly screamed on a live stream, “We’re going to beat the f**k out of you, bi**h.”

Police came at the hotel an hour later and led Ngo out the back door to the hospital, where he was treated for several wounds on his body as well as a bloody eyeball.

When James Woods learned of what had occurred, he retaliated against the FBI, accusing them of being biased and ineffective.

Here’s what he said: “How is it possible that @MrAndyNgo, a courageous guerilla journalist, is targeted for death and beaten regularly by #antifa, and the FBI doesn’t investigate this? It is a hate crime if ever there were one. The man should be awarded the Pulitzer Prize.”

How is it possible that @MrAndyNgo, a courageous guerilla journalist, is targeted for death and beaten regularly by #antifa, and the FBI doesn’t investigate this? It is a hate crime, if ever there were one. The man should be awarded the Pulitzer Prize. https://t.co/0WEc47ncap

While Antifa and BLM burn down cities, harass Americans, and encourage violence and riots against police, Joe Biden and the media inform the public that white MAGA supporters are the “real threat” to the country.

And it appears that the FBI is paying attention because they’re going after MAGA grandmothers like they’re “public enemy #1,” while Antifa and BLM thugs terrorize and beat people senseless.

I’m just relieved that James Woods has returned to the fray; we need him and his voice. 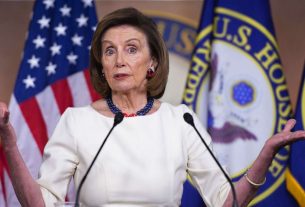 These Are The 13 RINO Cowards That Backed Biden’s America Last Bill! 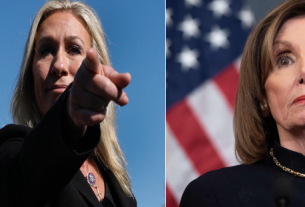 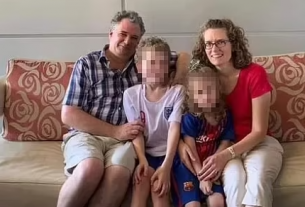 1 thought on “James Woods Has RETURNED And What He Said Was Absolutely Perfect!”