Skip to content
Home>Uncategorized>He Helped Someone Out Of A Crashed Car, What Happened Next Is Just Awful!

The world is almost becoming a place where you are becoming someone who is scared to help anyone anymore.

Case in point, the neighborhood that my sister lives in had someone post on their neighborhood activity group that someone posing as a pregnant woman tried knocking on their door and when they answered five guys came out of a car to rob their house. It was the scariest thing.

It’s why they often say no good deed goes unpunished.

A father of four was shot and killed last month by a man whom he helped out of a crashed vehicle.

Staveion Durham was riding a motorized scooter near the intersection of Riverview and Switzer on the evening of October 12 when he ran out of gas. Staveion saw a vehicle crash into another vehicle at that intersection and then slam into a pole.

Durham’s father, Stacy, said Staveoin pulled a 25-year-old man from the crashed vehicle, and when he did, the man pulled a gun on Staveion. At that time, Staveion’s girlfriend and friend had arrived to take him to get gas.

Staveion’s friend help subdue the man who pulled the gun on Staveion and took that gun, but the man from the crash had a second gun.

Stacy said his son didn’t have a gun.

The man who crashed his car and allegedly shot Staveion was taken to the hospital for minor injuries and then released. 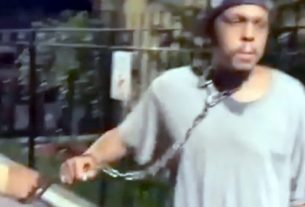 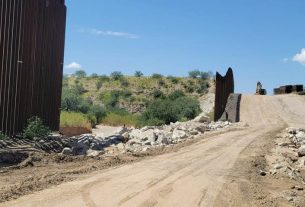 Biden Removed The Wall, What Happened Next Is Sickening! 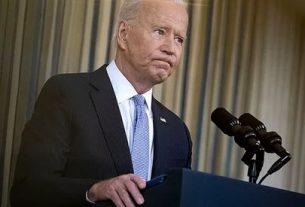