Skip to content
Home>Uncategorized>He Bought Two Guns At The Same Time, What The Government Did to Him Is Absolutely Sickening!

Is this the new norm under Democrats’ watch? Because what you are about to read and watch is not a normal thing to do.

Recently, a small business owner with no criminal record was shocked this month when he watched a disturbing scene unfold on his Ring doorbell camera.

When he checked the notification on his phone he noticed three armed men wearing tactical vests, dressed in t-shirts and blue jeans. Two of the armed men were agents with the Bureau of Alcohol Tobacco and Firearms (ATF) and the third was a Delaware state trooper.

The homeowner provided footage of the incident to Armed American News (AAN), which published the videos on Monday.

In footage provided to Armed American News (AAN), a Delaware man received a warrantless visit from the ATF to verify he still had possession of firearms he had recently purchased.

The agents, who admitted they did not obtain a warrant to conduct the search, were investigating because the homeowner was flagged in a federal database for having purchased seven firearms since January 2022 — which is not a crime.

The homeowner was alerted there were trespassers on his property by motion detectors outside his front door. A live video feed from his doorbell camera showed three armed men wearing tactical vests, t-shirts and jeans. Two appeared to be ATF agents. The third was a Delaware State Police trooper. None wore body cameras.

The homeowner, who did not want his name used in this story, is a small businessman – a law abiding citizen who even ATF acknowledged had done nothing wrong. He went to his front door hesitantly. He left his doorbell camera running to record the encounter.

The homeowner confronted the three men before they reached the door. “Can I help you?” he asked, stepping onto the porch.

The older ATF agent told him they were assigned to a task force investigating straw purchases. A straw purchase – a federal felony – occurs when someone buys a firearm on behalf of another person, who is unable to legally purchase a firearm themselves.

The agent said they were verifying that people who bought multiple firearms still had the guns in their possession. The homeowner had bought seven firearms since January 2022.

He asked the men for identification, which the agents and trooper produced. They admitted they did not have a search warrant. The doorbell camera recorded what happened next.

ATF agents and a #Delaware state cop show up warrantless at a man’s home demanding to see his firearms. #2A pic.twitter.com/NBGGrufeRD

AAN has the ring.com video and a transcript posted to their website.

According to AAN, “The only insight into ATF’s surprise home inspections was in a Washington Post story published July 22, 2021, in which Attorney General Merrick Garland announced that the Biden-Harris administration was targeting straw purchasers.”

The corrupt federal agency is disrespecting the U.S. Constitution by deliberately disobeying the Fourth Amendment’s stance against unwarranted searches and seizures. 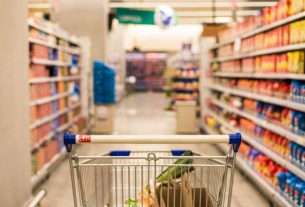 ALERT: Food Price Hikes Are On The Way! 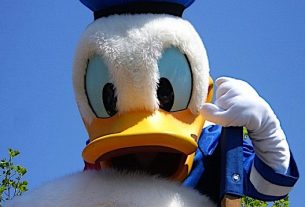 A Crooked Judge Just Rigged The Game For Disney! 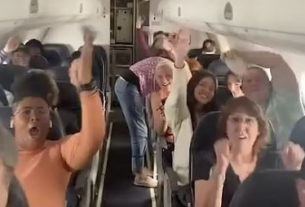