A recent op-ed in The Wall Street Journal claims that billionaire philanthropist and wealthy progressive George Soros has no plans to give up on his campaign to elect woke district attorneys across the country.

Here’s what Soros wrote in his Sunday editorial published by the WSJ:

“I have supported the election (and more recently the re-election) of prosecutors who support reform. I have done it transparently, and I have no intention of stopping.”

The Daily Wire reports that the Capital Research Center found over $29 million in donations from Soros since 2016 “via a personal network of political action groups (PACs) founded especially to support left-wing DA candidates.” —and Soros is readying even more cash for the cause.

“Our system is rife with injustices that make us all less safe. The idea that we need to choose between justice and safety is false,” Soros continues.

“Some politicians and pundits have tried to blame recent spikes in crime on the policies of reform-minded prosecutors. The research I’ve seen says otherwise,” Soros insisted.

According to Soros’s detractors, by backing liberal prosecutors, he has exacerbated a crime issue that has resulted in widespread theft, record homicide rates, and an overall apathetic attitude among criminals who do not fear punishment for their crimes.

But Soros challenged this notion in his editorial, arguing that “the research I’ve seen says otherwise.”

Chesa Boudin, a former San Francisco district attorney who was removed from office when his “reform-minded” tactics were cited as the cause of rampant crime, did not get any direct funding from PACS, which is supported by Soros. The Washington Times claims that he did, however, raise hundreds of thousands of dollars from Soros-connected contributors.

Another prosecutor who is on the verge of being removed from office because of contentious, criminal-friendly policies in Los Angeles is Los Angeles District Attorney George Gascón, was also received direct and significant political support from Soros.

“He’s providing the money to George Gascon, to Alvin Bragg, to Kim Fox. He’s giving them the money to run their office. Democratic politicians turn their back towards crime because they’re taking their marching orders from George Soros,” Terrell continued.

George Soros has spread mayhem through US cities by installing his pro-crime district attorneys. Now they’re being recalled one by one. pic.twitter.com/8VKdfsqetx 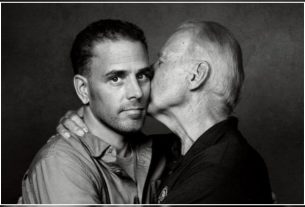 Evidence Reveals The Bidens Laundered Dirty Money Between Each Other! 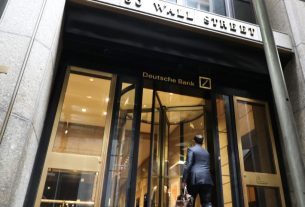 A Major Bank Is Now Saying A Recession Is On The Way And It Will Get Bad!

The Liberal Media Has Forced A Jan 6th Patriot To Make An Absolutely Tragic Decision!