Skip to content
Home>Uncategorized>A Top Cardiologist Has Revealed Exactly How Damaging The Vaccines Are!

The COVID-19 pandemic has challenged the world and shone a light on our medical system. Pandemics require a multi-prong approach, including early treatment, preventative measures, hospitalization, and vaccines.

Vaccines are being hailed as the solution to the covid-19 pandemic, but the vaccine trials currently underway are not designed to tell us if they will save lives.

However, according to a prominent physician, Dr. Peter A. McCullough, as many as 45,000 people may have died from the mRNA shots being given to halt COVID.

Dr. McCullough is a highly accredited internist, cardiologist, an epidemiologist who is considered a leading expert at the top of his field. His work has been published over 650 times in the National library of medicine or PubMed and is the editor of a major cardiology journal. And since the onset of the pandemic, Dr. McCullough has been a leader in the medical response to the COVID-19 disaster.

Last week, Dr. Peter McCullough appeared on Brett Weinstein’s ‘DarkHorse’ podcast to sound the alarm over what he calls “Reprehensible and Reckless” actions by the US public health bureaucracy when it comes to their deployment of the experimental Covid-19 Vaccines – especially the FDA’s recent decision to approve the jab for children aged 5-11.

According to the doctor, who cites several studies to back his claims, Vaccine Induced Myocarditis is a rapidly growing problem that has become at least 50% more common than originally predicted by the US public health ‘experts.’ The condition has become so prevalent, he says, that children aged 12 to 17 are actually “more likely to be hospitalized with Myocarditis” after taking the vaccine than the virus itself.

Not only do studies show that these experimental mRNA vaccines cause severe complications in young people, but there is overwhelming evidence that their risk from Covid-19 is effectively zero, with a 99.995% recovery rate.

“The Hoeg analysis found that the real rate of myocarditis is at least 50% greater than what the CDC ever projected. [the study] also found that 86% [of these myocarditis cases] required hospitalization.

According to McCollough, the latest update in the federal government’s Vaccine Adverse Event Reporting System (VAERS) shows there are over 11,000 individuals under 50 years old who have developed heart conditions after taking the Covid-19 vaccine. This number is likely several multiples lower than the actual number, as the system is notoriously underreported.

Even without factoring in the unrecorded events, 11,000 cases of myocarditis in otherwise healthy individuals aged between 16 and 50 (16 is the youngest eligible age when the vaccine was first made available) is ridiculously high. According to Dr. McCollough, the number of new myocarditis cases per year in the US for this age group should be somewhere around just 640 but instead has climbed to unprecedented levels in the wake of mass vaccine rollouts.

Nevertheless, the FDA recently went ahead and inexplicably approved the jab for children aged 5 to 11, spurring a wave of mandates in school districts across the nation. McCollough says that these mandates will inevitably cause the already unbelievably high number of myocarditis cases to “skyrocket” over the next few months.

What’s even more concerning is that McCollough says that people under 50 who develop a minor myocarditis condition will end up with permanent heart damage around 13% of the time – which will likely remain the case in individuals who develop vaccine-induced myocarditis, resulting in a shocking number of young people who will be forced to fight heart problems for their entire lives.

“The rate of permanent damage and things going poorly over time in this group of people [who develop myocarditis symptoms under 50] is about 13% and that number is high. I can tell you if 13% holds for vaccine-induced myocarditis – and I anticipate that it will – I think that is an extraordinary number of young individuals that are going to have permanent heart damage.

We’re talking about the development of heart failure, the need for heart failure medications, risks for cardiac death, and things we have to do about that – including implantable defibrillators and some children going all the way to heart transplantation.

There shouldn’t be a single case of excess myocarditis out there – not one case is acceptable, let alone to be sitting on 11,000 [in VAERS] – and now with school vaccine mandates for children, you can see that number is going to skyrocket.“

McCollough went on to torch the FDA and the CDC for their reckless comments and reprehensible decisions, calling both agencies out for downplaying the risk of developing myocarditis after taking the vaccine by calling the condition “mild” and “rare” in public comments. He pointed out that in no way is myocarditis a ‘mild’ adverse reaction to the vaccine, especially when 90% of cases ended up hospitalized, and explained how calling the reaction rare is reckless because officials had only looked at a small number of reported cases, and did not “assess everyone” for myocarditis after they took the jab.

Because of the FDA’s negligence in green-lighting this for young children, McCollough fears the number of cases will be astronomical.

“I’ll tell you right now, the VAERS system – 11,000 cases – that’s serious and the number is almost certainly going to be much larger.

As a clinician who is seeing this, I am suspicious that the rates of myocarditis are going to be astronomical.“

Data of this sort, warning of vaccine-induced myocarditis particularly in children and young people, has been presented repeatedly to FDA and CDC officials by several people including Dr. McCollough, but always to no avail.

Some of the most prominent findings were even presented at the FDA Adolescent and Childhood vaccine meetings in October, and despite not being disputed by anyone, the data was ignored and the agency made the vaccine available to young children a few weeks later.

Now that 5 and up are taken care of, the unhinged activists have their sights set on the most vulnerable of all – infants and toddlers. 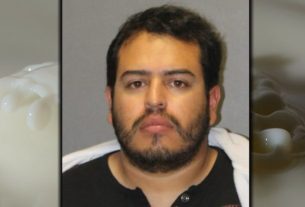 He Installed A Camera After She Kept Complaining, Then They Found Something Absolutely Revolting… 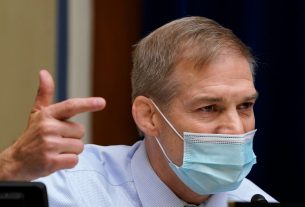