From the very first day that Joe Biden fraudulently takes office, if that day does come, he already has things set in motion where he is going to dismantle America brick by brick.

Just take a look at some of the things that he has planned for his first couple of months in office, it is going to be an absolute madhouse.

If you’ve watched a single speech by Joe Biden, or happened upon his Twitter account, you’ll notice that “day one” promises are a staple for the President-Elect. Biden has made top priorities out of reversing many of Trump’s accomplishments. He is planning to be very busy on January 20.

Once his official inauguration ceremony has been completed, Biden seems hellbent on churning out a series of executive orders, as well as sending bills to Congress for approval.

So what does the former Vice-President feel is so important that it must be addressed the minute he is officially the President of the United States?

For one, he’d like United States citizenship to be easily and clearly attainable by undocumented workers and illegal immigrants. His team has finally admitted that doing so “on day one” could lead to a surge at the border. Instead, they’ve extended their timeline to roughly six months for fully open borders.

Biden is also disgusted by Trump’s travel ban on majority-Muslim countries, including Iran, Libya, North Korea, Somalia, Syria, Yemen, Eritrea, Kyrgystan, Myanmar and Nigeria, as well as select residents from Tanzania and Venezuela. Despite the U.S. being unable to properly vet travelers from these nations, Biden plans to immediately cancel all travel bans. Any and all interested parties will be able to enter the U.S. at any time, vetted or not.

After finally and officially exiting the Paris accord on November 4, 2020, Biden plans to use executive action for the U.S. to immediately rejoin on January 20. Biden has big plans for the U.S.’s climate efforts, appointing multiple climate “czars” in an attempt to drastically reduce the use of fossil fuels. Despite critics questioning the effectiveness of such agreements, and the unfair burden placed on the United States over other nations, climate change will immediately be addressed by Joe Biden.

Biden also wants to require the entire country to wear masks at all times – despite the fact that more than 99% of those who contract COVID-19 recover, and despite the fact that outdoor transmissions are extremely rare. If you want to be out in public under a Biden administration, expect to cover your nose and mouth indefinitely. So what if no one can hear or understand you. 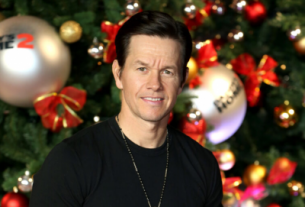 What Mark Wahlberg Just Said About Cancel Culture Is A Total Bullseye!