Skip to content
Home>Uncategorized>What This School Replaced The Pledge With Will Make Your Blood Boil!

There is an Atlanta elementary school that is doing something very controversial, but sadly it is now just a microcosm of the times.

While most individuals in the Baby Boomer and Generation X crowds grew up reciting the Pledge of Allegiance every school morning, this elementary has made a move to do away with it entirely. Instead of continuing to say the pledge, the Atlanta Neighborhood Charter School is going to have their students recite something that is completely different – a school chant. Instead of the timeless school chant teaching them to be proud of our country, they will chant something called the “Wolf Pack Chant.”

The school, Atlanta Neighborhood Charter School, made the announcement earlier this week as the new school year began. The governing board released a statement to try to clarify the confusion.

The following statement is from Lia Santos, Board Chair, Atlanta Neighborhood Charter School (ANCS) Governing Board:

“Atlanta Neighborhood Charter School has and will continue to provide students with an opportunity to recite the Pledge of Allegiance each school day. In the past, the Pledge of Allegiance was recited during our all-school morning meeting, but at the start of the school year, the daily practice was moved to classrooms. This change was done in compliance with state law [O.C.G.A. 20-2-310 (c)(1)] and aligned Atlanta Neighborhood Charter School with most other schools in the state who also say the Pledge of Allegiance in individual classrooms. However, it appears there was some miscommunication and inconsistency in the rollout. Starting next week, we will return to our original format and provide our students with the opportunity to recite the Pledge during the all-school morning meeting.

At ANCS, our priority is to provide our students with a safe and dynamic learning environment where they cultivate a love for learning, develop self-knowledge, and are constantly challenged to excel. We support our students in their growth and see it as our duty as educators to respect their First Amendment rights.

We are working together with the school administration to ensure we address concerns and feedback from our school family, while continuing to uphold and support the rights of every member of our school community.”

The students will be allowed to say the Pledge of Allegiance in their individual classrooms. The chant is for the all-school meeting at the beginning of the school day. Talk about a convoluted attempt to allow the elementary school kids – grades kindergarten through five – to express themselves and use their First Amendment right to protest the Pledge.

Zelski said school officials made the decision to eliminate the morning tradition based on events in the last few years where “more and more” students and staff have chosen not to recite or stand during the pledge.

“There are many emotions around this and we want everyone in our school family to start their day in a positive manner. After all, that is the whole purpose of our morning meeting,” Zelski said.

Excuse me but I think protesting the Pledge of Allegiance, whether by not standing or refusing to recite it, is a sign of anger, not a positive action. Is it too much to ask that the staff put aside their own political views for a little while and simply teach young children the Pledge of Allegiance and how to show respect for the tradition?

Why are the children (and some staff) allowed to rule the school? By caving with such a lame solution, in the name of inclusiveness of all things, the adults accept the loss of an opportunity to teach the students patriotism and maybe even work in a civics lesson. Patriotism isn’t a bad thing to be wary of and avoid, for heaven’s sake. Instead, the school leadership made up a chant.

The “Wolf Pack Chant’ will be a new pledge created by the students and teachers. Zelski said the pledge, most likely named after the school’s wolf mascot, will “focus on students’ civic responsibility to their school family, community, country, and our global society.”

Adults lead by example. Children respect tradition if they are given the chance to understand it  A chant isn’t the same as a simple pledge. It’s the National Anthem that is protested by the social justice warriors at sports games, after all. If the school leadership blames the NFL and sports for the protests, then why allow it to flow on down to the Pledge of Allegiance? It sounds like kids acting up and no one willing to set the right example. How sad. 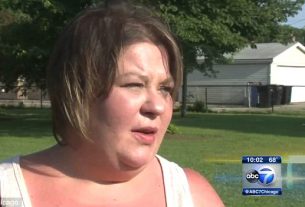 An Awful Thug Attacked A White Woman, Why It Wasn’t A Hate Crime Will Make You Sick! 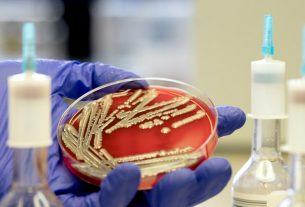 3 thoughts on “What This School Replaced The Pledge With Will Make Your Blood Boil!”