Skip to content
Home>Uncategorized>They Walked Up To A Dumpster, What The Pulled Out Will Make You See Red!

An American dumpster diver has called out her local Whole Foods for throwing away hundreds of dollars of unopened, unexpired products in a single night after she pulled countless packages of bread, olive oil, and even toilet paper from their trash.

The woman goes by the name of Dumpster Diving Freegan posted videos of her eye-opening haul, which included nearly 100 different bags of bread, a case of baby food, and six perfectly good packages of pricey organic toilet paper. 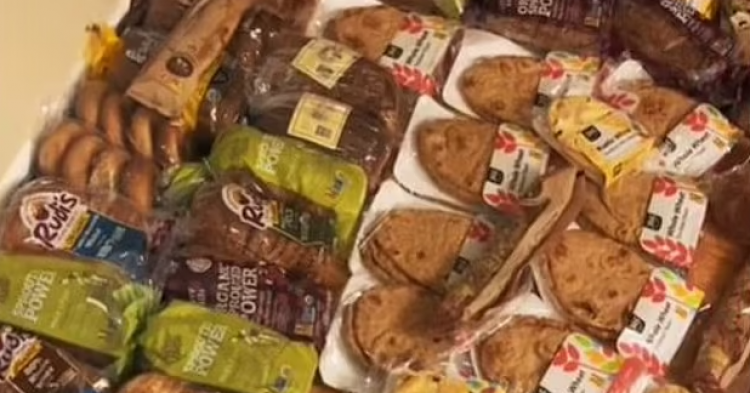 The video showed almost 100 loaves of bread taken from the store’s bin at the end of the day and has amassed over 100,000 views from shocked users. 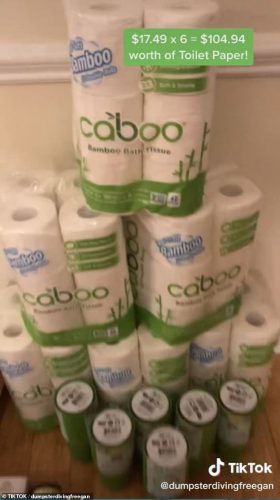 The bread products in the video were unopened. Many of them had yet to expire, yet they were in the dumpster headed for the landfill. The TikTok user didn’t just find packages of bread – including expensive varieties – she also found olive oil and toilet paper in the grocery store’s dumpster. The haul’s toilet paper was the expensive organic type, and she also found a case of baby food that was still good to use.

Instead of consuming all the food themselves, the TikTok user explained that they managed to donate a lot of the found food to the local food bank. They also placed a call to the Whole Foods location, which is owned by tech giant Amazon, to beg them to please disposes of food better next time since so much went to waste. 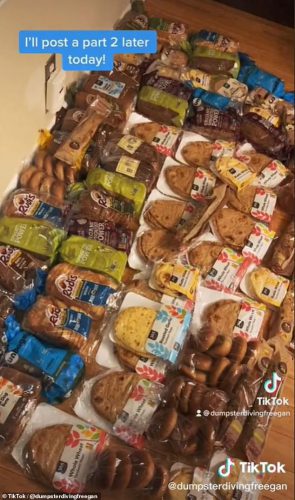 “This is everything that I found in one night at one location. There are nearly 100 loaves or packages of bread here,” she said as she panned the camera past all the packages of bread she found. Brands of bread included expensive varieties like Dave’s Killer Bread, Rudi’s Bakery, and Silver Hills.

“And the worst part is, none of this stuff was expired,” the TikToker said. “Everything that I found was at least two days before its ‘best by date and could have easily been donated, frozen, or given to people who needed it.”

The ex-employee, who had recently quit, had shared a photo of all the food she was ordered to throw away at Whole Foods that day.

It certainly seemed to show a lot of stuff — but Dumpster Diving Freegan found even more.

‘This is everything that I found in one night at one location. There are nearly 100 loaves or packages of bread here,’ she said, panning over just the bread products from her haul. 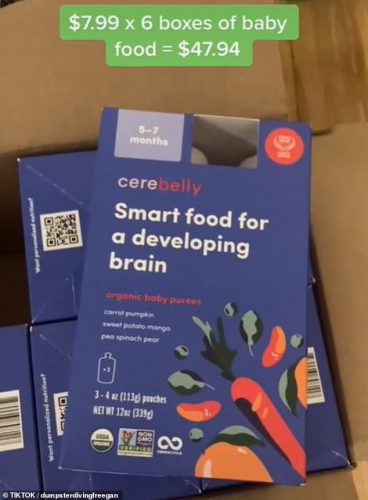 Spread out in rows on the floor were several full loaves of bread from brands like Dave’s Killer Bread, Rudi’s Bakery, and Silver Hills.

There were also items from Whole Foods’ own 365 brand, including naan, hot dog buns, and pita pockets.

Other TikTok users were shocked to learn just how much waster there was.

“Yes, good score lady. Freaking awesome,” one person commented. While many others explored the idea of “hitting one up” themselves to see what they can find. 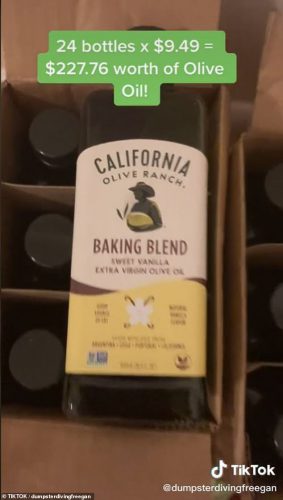 Meanwhile, this woman goes bin diving to save money – people think it’s gross but she’s bagged new make-up palettes and £500 worth of goodies. 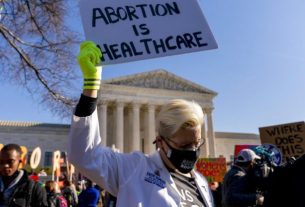 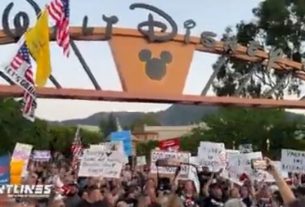 People Have Had ENOUGH And Taken The Message To Disney’s Front Door! 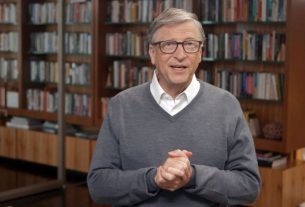 What Jeffrey Epstein Gave Bill Gates Is Beyond Belief!