It seems President Trump’s influence and popularity never faded. And he just recently proved it in Indiana and Ohio primaries.

No one beats the kingmaker of the Republican Party as Trump-endorsed candidates swept the primaries in Indiana and Ohio.

On Tuesday’s primaries, all 22 candidates in Ohio and Indiana endorsed by President Trump completed a clean sweep, indicating the strength of a Trump endorsement is as mighty as it has ever been.

Here’s what President Trump said in a statement:

Tuesday was “a really great night for Republicans. I was 22 and 0​. I won every race​.”

Perhaps the headliner of the night was J.D. Vance. The Hillbilly Elegy author, won a crowded Ohio Republican Senate primary in the race to replace the outgoing Sen. Rob Portman.

Vance, who got a boost after Trump endorsed him, defeated former state Treasurer Josh Mandel by about 8 points. Vance had been much further down in the polls before Trump’s endorsement, and he knew exactly who to thank Tuesday night.

“Thanks to the president for everything, for endorsing me.”

All five candidates courted President Trump for the nomination. With under two weeks to go before the primary on May 3rd, President Trump settled on author and political activist J.D Vance. Vance won the primary decisively by nearly double-digit margins in a crowded field.

“The power of President Trump’s endorsement is undeniable, his dominance over the Republican powerbrokers in D.C. cannot be overstated, and the promise of this MAGA Movement will not just define the Midterms, but it will win for years to come.”

Trump endorsed J.R Majewski, also won his primary in Ohio’s newly created 9th Congressional District, and will go on to face Marcy Kaptur (D-Oh.)  Kaptur is the definition of a swamp creature, having served 39 years in Congress and accomplishing almost nothing.  Republicans are currently polling ahead in Ohio’s 9th after redistricting.

Mike Pence’s brother, Greg Pence, is defending his seat in Indiana’s 6th Congressional District.  After receiving Trump’s endorsement, he easily warded off his primary challenger, winning by a nearly 50% margin.

In Indiana’s First Congressional District, pro-trump Jennifer-Ruth Green won by an overwhelming margin against her opponent who refused to support President Trump in 2016.

All around, last night cemented President Trump’s influence on the Republican Party.

“What we saw in Texas earlier this year was confirmed yet again tonight: President Trump’s endorsement is the most important endorsement in politics. His endorsed candidates are a combined 55-0 in 2022 primaries, a continuation of the historic endorsement streak of success that started during his time at The White House.” 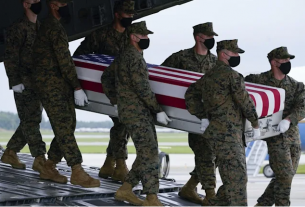 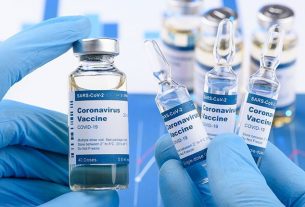 This Meteorologist Just Posted Some STEAMY Photos, But There’s A Big Message Attached To Them….