Skip to content
Home>Uncategorized>The True Level Of Inflation Should Have You VERY Worried!

Biden’s America is getting worse each day. Old Joe makes record-breaking problems and Americans have to suffer the consequence of his inept leadership.

Adding to the list of problems we are currently facing is the accelerated Prices at the wholesale level, part of a broader inflation problem persisting through the U.S. economy.

On Thursday, the Bureau of Labor Statistics reported that the wholesale prices in the U.S. soared 11% in April from a year earlier, a hefty gain that indicates high inflation will remain a burden for consumers and businesses in the months ahead.

Here’s an excerpt from The Wall Street Journal report:

The cost of groceries in the past 12 months is up 10.8%, the largest 12-month increase since November 1980, citing Labor Department consumer price index (CPI) data. Grocery costs rose 1% in April after increasing by 1.5% in March; they have risen by 1% or more in the past four months. Dairy prices, led by milk, shot up the most in April, by 2.5%.

The April year-over-year increase in the April PPI declined from the 11.5% annual gain in March, which was the biggest increase since records began in 2010

The producer price data captures inflation at an earlier stage of production and can sometimes signal where consumer prices are headed. It also feeds into the Federal Reserve’s preferred measure of inflation, the personal consumption expenditures price index.

Thursday’s figures came just a day after the government released consumer price data for April, which showed that inflation leapt 8.3% last month from a year ago. That increase is down slightly from the four-decade high in March of 8.5%. On a monthly basis, inflation rose 0.3% in April from March, the smallest increase in eight months.

Still, there were plenty of signs in the consumer price report that inflation will remain stubbornly high, likely for the rest of this year and into 2023. Rents rose faster as many apartment buildings have lifted monthly payments for new tenants. Prices for airline tickets jumped by the most on records dating to 1963. And food prices continued to rise sharply.

The producer price data captures inflation at an earlier stage of production and can sometimes signal where consumer prices are headed. It also feeds into the Federal Reserve’s preferred measure of inflation, the personal consumption expenditures price index.

The prospect of higher interest rates and the potential that they could push the economy into recession has badly rattled financial markets this month. 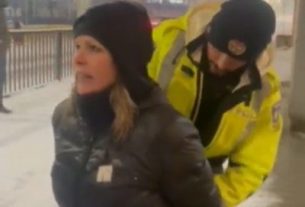 They Are Now Sickeningly Arresting Leaders Of The Freedom Convoy! 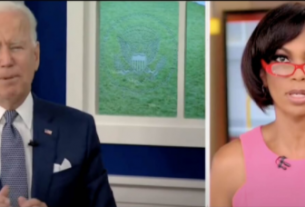 She Couldn’t Take Sleepy Joe Anymore, What She Did Is Absolutely Classic! 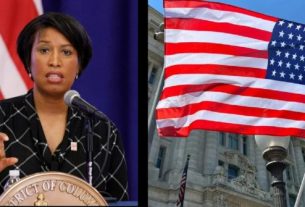