Skip to content
Home>Uncategorized>She Looked Like An Ordinary Mom At The Pool, When She Stood Up Everyone’s Heads Exploded…

“Standing out” are barely the right words to describe women who are exceptionally tall. Most of us, we’re used to seeing women towering above us if they are professional models or basketball players. It’s such an uncommon physical trait that we’re mesmerized.

Caroline Arthur, a mom from Melbourne, Australia, has been dubbed as a “human skyscraper” by her own children. A former model, she stands at a height of 6 feet 2 inches, with her gorgeous legs making up 69% of her body frame. A whole person could make up the length of her leg!

Caroline is seeking to have her insanely long legs officially measured. I say ‘officially’ because while she believes that she has the longest legs in the world, and definitely the longest legs in all of Australia, her claim has no legitimacy until she can get a representative from Guinness World Records out there to measure her.

“I believe that they are definitely the longest in Australia and, as far as I know, in America too,” She said. “Because it’s so close I think it is worth contacting them and finding out exactly where they measure from and getting an official, accurate measurement done.” 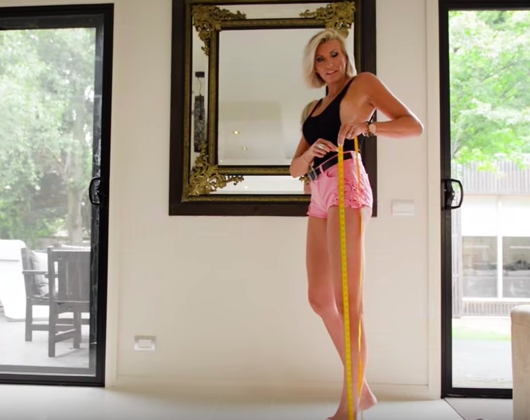 All her life, shopping is ridiculously hard for Caroline Arthur. Jeans/pants aren’t made for someone with her dimensions. It seems like it would be both a blessing and a curse to live a life of entirely bespoke clothing. On the one hand, you’d have a closet full of perfectly-fitting pants but on the other, it would end up costing you an arm and a leg every time you want to buy something new. 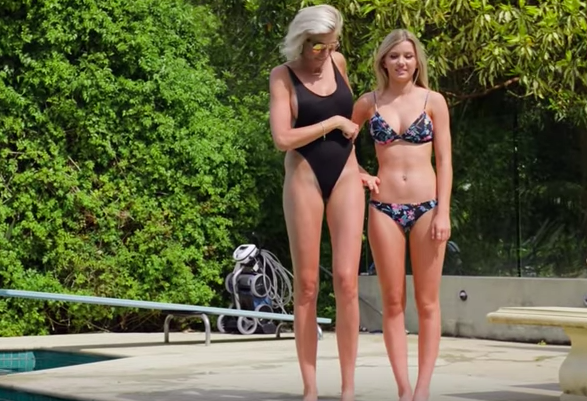 Her husband Cameron shares that he’d never had a thing for tall ladies, but he was into Caroline. He’s roughly the same height as her.

Their two children have taken after their mother, with son Cooper, 13, matching his mom’s height, and daughter Zoe, 15 – the runt – coming in at 5-foot-9. It’s funny to see the family trait passed down because Caroline’s own mom is only 5-foot-3. She fits snugly underneath Caroline’s armpit. How did that happen?

“Caroline and I are about the same height but when we stand next to each other, her hip is much higher than mine. Being married to her is definitely good for my posture because I have to stand up straight,” her husband said. 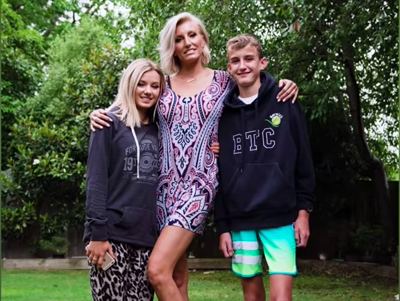 According to Caroline, she said sometimes her legs got her jobs, and other times, it worked against her, explaining:

“I just wanted to be the same as everyone else. I started modeling when I was around 15 and that gave me confidence. I was told that I’m too tall for Australian beauty standards and couldn’t model clothes because they just wouldn’t fit me. So as much as I did get work because of my long legs, I also got knocked back for the same reason.”

Caroline noted that people staring at her long legs has been mostly a positive experience, sharing:

“I just know by now that if I’m going out with people in the evening, I’m going to get a lot of attention so I am sort of used to it. I have had a few people say nasty things but mostly it’s great and people are really nice.”

“I can honestly say now, as a 39-year-old woman, I’m the most secure in my own skin that I have ever been. I feel more beautiful than I ever have in my life.” 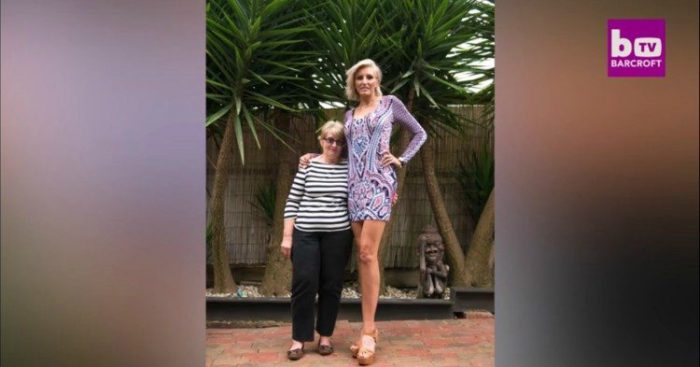 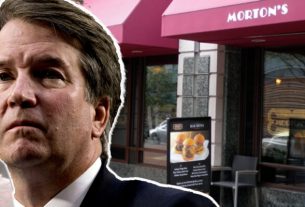 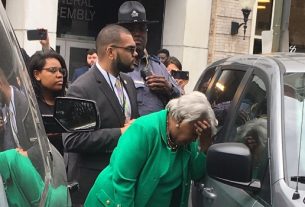 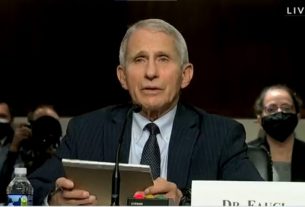