Skip to content
Home>Uncategorized>Ron Johnson Just Laid Down The Law To The Defense Department!

on Jan. 24,  Sen. Ron Johnson (R-WI) convened a group of world-renowned doctors and scientists in a discussion titled “Covid-19: A Second Opinion” in Washington DC.

According to Sen. Johnson’s website, the event lasted nearly five-hours-long, which was titled “Covid-19: A Second Opinion,” saw a wide range of issues discussed, including “the global pandemic response, the current state of knowledge of early and hospital treatment, vaccine efficacy, and safety, what went right, what went wrong, what should be done now, and what needs to be addressed long term.”

It was during the even when Ohio attorney Thomas Renz presented DOD medical billing data from the Defense Medical Epidemiology Database (DMED).

Renz exposed the disturbing truth about what is happening to the health of our service members since the rollout of the jab a year ago. Renz said there was an astronomical increase in several serious illnesses and disorder diagnoses in the US military since the rushed rollout of the Covid-19 vaccine.

Furthermore, Renz revealed that the whistleblowers came forward because of what they were seeing on the job as they treated military personnel.

This leads them to investigate the DMED system for anomalies related to the increase they had seen in their clinical experience.

On Tuesday, Sen. Ron Johnson (R-Wis.), ranking member of the Permanent Subcommittee on Investigations, sent a letter to Department of Defense (DOD) Secretary Lloyd Austin highlighting concerning reports from three DOD whistleblowers about injuries to servicemen and women potentially related to the COVID-19 vaccines. At the senator’s January 24 roundtable titled COVID-19: A Second Opinion, the senator heard testimony about data from a DOD database showing dramatic increases in medical diagnoses among military personnel.

“Based on data from the Defense Medical Epidemiology Database (DMED), Thomas Renz, an attorney who is representing three Department of Defense (DoD) whistleblowers, reported that these whistleblowers found a significant increase in registered diagnoses on DMED for miscarriages, cancer, and many other medical conditions in 2021 compared to a five-year average from 2016-2020. For example, at the roundtable Renz stated that registered diagnoses for neurological issues increased 10 times from a five-year average of 82,000 to 863,000 in 2021.”

Sen. Johnson has seen an increase in registered diagnoses in 2021 for the following medical conditions:

Yes, you read it right, the numbers are stunning.

You can read the letter HERE. 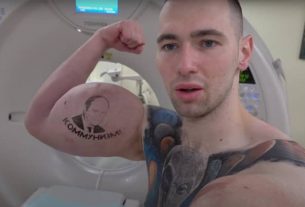 He Says He Is Trying To Build The Perfect Body, But Doctors Want Him To Start Now… 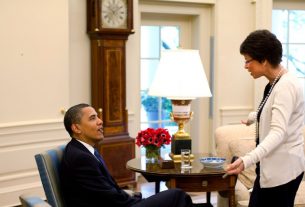