The thing that people do not understand about Trump supporters is that we are a loyal group of people, and we are proud people.

We don’t like it when people tell us something and then have no proof that what they are saying is remotely correct. It would be like if someone told you the moon was made of cheese.

At the end of the day, Donald Trump has done everything that he could for the good of the United States.

Politics during the first 4 years of President Donald J Trump have included great successes but also many nerve-racking witch hunts leaving us to feel like we just lived through an extended James Bond movie.

Trump’s first term has been successful, especially the economic growth, low unemployment numbers, and foreign policy including not sending US troops into new military conflicts. All remarkable considering he has been hounded by the CIA, FBI, and Special Counsel Robert Mueller from before he took office.

Everything from an attempted Coup d’état, bogus impeachment over a phone call, and after providing President Trump bogus COVID-19 forecasts and encouraging a national shut down, the same leftists and RINOS blame him for every death arising from the Chinese virus.

And to close out his first term, Trump’s re-election attempt against declining Joe Biden did not go well but as expected, the millions of mail-in ballots caused massive confusion allowing, what appears to be, another coordinated attempt to force him out of office via election fraud.

In the three plus weeks following the November 3rd elections, six swing state ended up flipping to Joe Biden up to 10 days following election night even though President Trump was leading in all of them after the polls closed on election day.

In an attempt to help the GOP hold on to the US Senate by winning the two seats, he also appears to want to get back out and encourage his supporters that the fight to overturn the election results will result in his second term in the White House.

The commander in chief announced his plans while speaking to reporters following a Thanksgiving video conference with military members stationed abroad. “Speaking of Georgia, we’re going there. I spoke with the two great senators today. I’ll probably be going on Saturday,” Trump said, adding that he planned to hold some type of campaign rally. 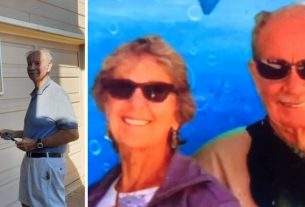 This Missing Elderly Couple Went Missing In Mexico, Where They Found Them Is…. 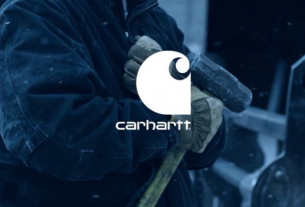 Carhartt Has Been CAUGHT Selling Its Employees Out To Biden… 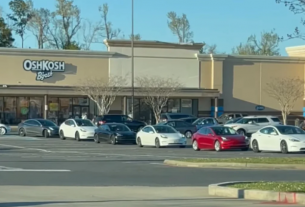