Don Lemon’s attorney has sent a letter to Megyn Kelly after she dared to invite the CNN host’s accuser on her radio show to tell his story.

Don Lemon’s attorney is going for Megyn Kelly’s jugular, calling out the conservative host for her “lopsided” and “reckless” journalistic ethics. This comes after Megyn invited Lemon’s accuser as a guest on her SiriusXM show, where he freely talked about an alleged assault involving the CNN host.

Firner bartender Dustin Hice has alleged that Lemon, who was visiting a Hamptons-area bar in 2018, assaulted him with vulgar and inappropriate touching.

The incident reportedly took place after Hice offered to buy Lemon a drink at the bar, which Lemon refused. Later that evening, Hice said, Lemon accosted him and assaulted him.

A portion of the suit alleged, “Mr. Lemon, who was wearing a pair of shorts, sandals, and a T-shirt, put his hand down the front of his own shorts and vigorously rubbed his genitalia, removed his hand and shoved his index and middle fingers into Plaintiff’s mustache and under Plaintiff’s nose.”

According to the letter, obtained by Radar Online, Polisi accuses Kelly of providing a “lopsided and inaccurate” description of the events that allegedly took place between Lemon and Hice in 2018.

Hice’s boss at the time of the alleged incident, George Gounelas, came forward to corroborate the allegations.

Gounelas told Fox News in August 2019, “Dustin worked for me as a bartender [and] we went out after work one night. We were standing there and he said, ‘Hey, that’s Don Lemon,’ Murf’s is a place you go to drink after you’ve been out drinking. We had just gotten off of work. So that’s why we ended up there because we worked in the restaurant business. So by the time everything is done, we can only hit a late-night spot.”

Gounelas then said that Hice offered to buy Lemon a drink but Lemon declined. Lemon, according to Gounelas, later approached him and Hice.

Gounelas added, “Don Lemon has now come around the corner and is standing face to face with us,There is a beam, a pole, in the place. Don’s standing up against the pole, face to face with Dustin, I turn around and I’m standing right there between the two of them. He’s saying, ‘So you like me? Is that why you’re bothering me?’”

“Nah, man, I just wanted to say, ‘What’s up?’” Hice responded, according to Gounelas.

Gounelas then said Lemon “put his hands down his pants, inside his board shorts, grabbed his [genitals], and then came out with two fingers and, like, clipped Dustin’s nose up and down with two fingers asking ‘do you like p**** or d***?’”

The Daily Wire reported that a “source close to Hice’s attorney says that Lemon offered a six-figure settlement to resolve the matter before discussions failed and Hice filed the lawsuit.”

Lemon has vehemently denied the allegations and accused Hice of having “previously displayed a pattern of contempt for CNN on his social media accounts.”

Hice reiterated his allegations against Lemon on Kelly’s radio show. Lemon’s attorney, in her letter to Kelly, says the conservative host “permitted Mr. Hice’s statements to go unchallenged during your broadcast, clearly out of a vendetta you have against Mr. Lemon.”

The letter said, “Although you advertise your podcast as featuring ‘honest’ conversations without ‘BS’ or ‘agenda,’ your podcast today, in which you interviewed Dustin Hice, reveals that you only pay lip service to journalistic ethics.”

Polisi added in the letter that filings on the public docket “substantially undermines Mr. Hice’s credibility and as well as the outlandish story he fabricated about Mr. Lemon.” Polisi also claimed that “Mr. Lemon has presented evidence of Mr. Hice offering to bribe a witness and that he intentionally destroyed and withheld material evidence that both is directly relevant to his purported claims and that severely undermines his credibility.” 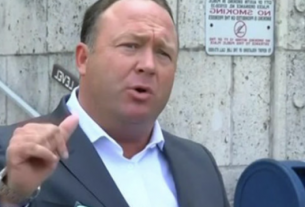 PATRIOT Alex Jones Has Filed A MASSIVE Appeal To… 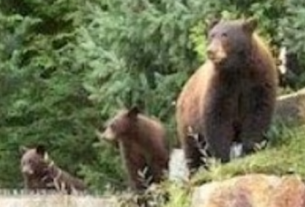 When They Found Out What She Was Feeding Bears, They Made Her Pay Up Big! 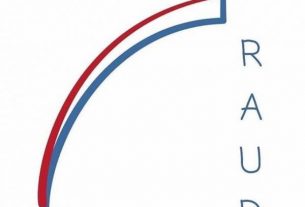 There’s A Reason That Wisconsin Refuses To Do An Audit!