Skip to content
Home>Uncategorized>EXPOSED: This Is How Biden And The Auto Industry Is Trying To ROB YOU BLIND!

Well, they really wanted Americans to suffer for more…

On Thursday, President Joe Biden has announced a commitment from U.S. carmakers that electric vehicles will make up as much as half of their sales by the end of the decade.

Auto executives and lawmakers joined Biden on the White House South Lawn as he signed an executive order on the voluntary commitment.

It’s a joyful collaboration, with the Big Auto and the White House to push President Joe Biden’s radical climate plan, which would fatten their coffers while draining American customers’ bank accounts.

The moves are big steps toward Biden’s pledge to cut emissions and battle climate change as he pushes to shift the nation away from internal combustion engines and toward battery-powered vehicles.

Last week, the country’s largest automakers committed that by 2030, electric vehicles will account for 40 to 50 percent of yearly sales, “moving the country closer to a zero-emissions future consistent” with the Paris Climate Accord.

And it’s too bad if this corporate pandering to the left’s climate alarmism forces consumers to pay more for the gas-powered cars that most Americans prefer.

This unholy alliance between Big Auto and Big Government, which accounts for just 3 percent of U.S. car sales, is a massive undertaking designed to bully consumers into buying more expensive, less-efficient electric cars.

The Wall Street Journal attacked the auto industry in a stinging editorial on Aug. 5 for selling out American consumers to panhandle for the big subsidies that the Biden administration is luring them with to prioritize his radical climate agenda.

The newspaper’s editorial board wrote, “For now, most companies are losing thousands of dollars on every EV they sell, which they compensate for by charging more for the gas-powered trucks and SUVs that the vast majority of Americans still prefer.”

“The companies hope to lower EV costs over time through economies of scale in manufacturing. This is another reason they are begging for government subsidies to increase sales.”

“But auto makers don’t want to drive the electric highway alone because then they could lose money while others churn out profits. The solution? Collusion with the Biden Administration to regulate competition across the industry and raise prices for consumers,” The editorial continued.

The Alliance for Automotive Innovation said, “The auto industry is poised to accept the challenge of driving EV purchases to between 40 and 50 percent of new vehicle sales by the end of the decade.”

The auto lobbyists reminded Biden that carmakers will need huge subsidies to incentivize them to pressure consumers to switch to electric vehicles.

The group said, “Federal and state governments — and all stakeholders — will need to provide significant support for consumers, infrastructure and innovation.”

“The auto industry has stepped up — investments in electrification globally will exceed $330 billion by 2025. But all levels of government will need to do their part for this challenge to succeed.”

The Wall Street Journal, the newspaper of record for business, slammed this “electric vehicle welfare state” for undermining capitalism in favor of “corporate socialism.”

The editorial board said, “This isn’t capitalism, it’s corporate socialism, or state capitalism. We hope these corporate titans enjoy their new government ‘partners.’ Maybe they can put Elizabeth Warren and Bernie Sanders on the corporate board.”

Theoretically, making a mass switch to EVs might help combat climate change, but it’s unclear how much this initiative will help — or if the costs outweigh any benefits.

While Democrats and their media lapdogs have been rabidly hyping the narrative that climate change is an imminent “existential threat” to mankind, numerous scientists say this is a partisan lie designed to push left-wing agendas.

Physicist and engineering professor Steven Koonin said climate alarmists are flippantly weaponizing the bogus “crisis” to enrich and empower themselves.

Koonin told Fox News host Tucker Carlson in June, “It’s a fiction of the media and the politicians who like to promote that notion.”

Despite the constant environmental fearmongering from the left, he said, “human influences” are not responsible for natural disasters such as hurricanes and intermittent heatwaves, which are just as common today as they were in 1900.

Koonin said, “The warmest temperatures have not gone up in the last 60 years,” who was the undersecretary for science in former President Barack Obama’s Department of Energy.

Vincente-Serrrano et al 2020
“Our study stresses that from the long-term (1851–2018) perspective there are no generally consistent trends in droughts across Western Europe.”https://t.co/k0adKj3DN3 pic.twitter.com/kLtNgcQpSM

Koonin also scolded the scientific community for not pushing back at clueless politicians and media figurees promoting climate alarmism.

Allowing these lies to metastasize causes unnecessary public panic and erodes the credibility of legitimate environmental scientists who don’t endorse this mass hysteria, he said.

Koonin said, “It is a failure of the scientific community not to stand up and say, ‘Guys, you know, you have over-egged the custard. You really need to be much more circumspect in how you talk about this.’”

Patrick Moore, the co-founder of Greenpeace, echoed these sentiments when he asserted in February that there is “zero evidence” that we’re in the midst of a climate emergency.

“Almost everywhere you look, climate change is having only small, and often benign, impacts. The impact of extreme weather events ― hurricanes, tornadoes, floods and droughts ― are, if anything, declining.” https://t.co/YitpkwawKK pic.twitter.com/P6Wq9ICXh0

Like Koonin and some other environmental experts, Moore torpedoed climate alarmism as pseudoscientific propaganda whose goal is to redistribute wealth and usher in new world order. 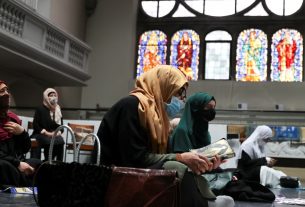 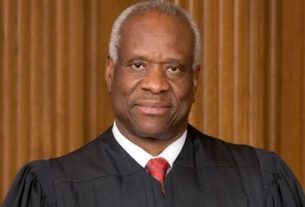 Clarence Thomas Has Broken His Silence On the SCOTUS Leak! 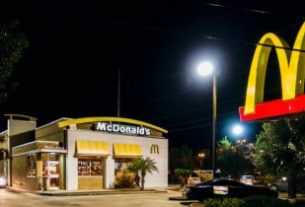 1 thought on “EXPOSED: This Is How Biden And The Auto Industry Is Trying To ROB YOU BLIND!”