Skip to content
Home>US News>Elementary School DITCHES Pledge of Allegiance, Replaces it With THIS “Chant” Instead

There is an Atlanta elementary school that is doing something very controversial, but sadly it is now just a microcosm of the times. While most individuals in the Baby Boomer and Generation X crowds grew up reciting the Pledge of Allegiance every school morning, this elementary has made a move to do away with it entirely. Instead of continuing to say the pledge, the Atlanta Neighborhood Charter School is going to have their students recite something that is completely different – a school chant. Instead of the timeless school chant teaching them to be proud of our country, they will chant something called the “Wolf Pack Chant.”

According to Principal Lara Zelski, it has become “increasingly obvious” that many of her children had no longer stood or recited the Pledge of Allegiance, so she and her associates decided that a change was in order. (The Kaepernick Cancer has spread, folks) 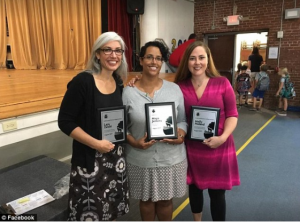 Of course, Zelski was also quick to backtrack, also saying that there are plenty of other times where the Pledge of Allegiance could be recited during the rest of their school day. For example, Zelski was adamant that they could recite in the classroom at any time the teacher deemed it appropriate.

“We made this decision in an effort to start off our day on the right foot as a fully inclusive and connected community,” she opined. “There are a lot of emotions surrounding the pledge and we want all of the students in our school family to start things off in a positive manner.”

While they haven’t developed the specific wording of this new “chant”, the teachers, school officials, and other members of the leadership team are working with the student body to develop something that everyone feels comfortable with saying each morning.

Principal Zelski explained the situation further: “The pledge we come up with is going to focus on our students’ civic responsibilities to their communities, families, their global society, and yes, their country.” Oh brother. 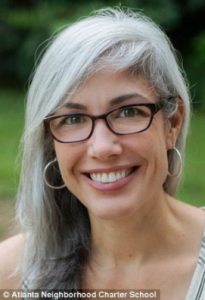 This Atlanta Neighborhood Charter School has served kindergarten through fifth grade and it opened up in 2002.

Unfortunately, this school is not the first one to change their policy regarding this, and although I am digressing a bit here, they probably won’t be the last one either. There was a Pennsylvania school that changed their policy earlier this year, and they actually cited their students’ First Amendment rights as an excuse for it!

Of course, the Bedford Area School District Superintendent Allen Sell played it off, telling WJAC the following: “Personally, I would love to see each and every student standing for the flag. But if they choose not to do it, that is their First Amendment rights. We as a school district are responsible for respecting that.”

Oh brother yet again. Whatever happened to being proud of your country?

Another incident occurred when an 18-year-old student decided not to stand for the pledge, and she was expelled from her school. Well, she sued the school, claiming that they had violated her rights to freedom of speech. She told the Fox 32 news station that she simply doesn’t believe that the flag truly represents “what is stands for, which is liberty and justice for all.” She claimed that administrators violated her rights by forcing her to leave the school. Incidentally, here is a picture of the Atlanta Neighborhood Charter School: 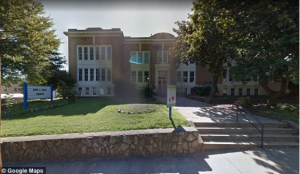 Of course, if there is any bright spot at all to this story, it would have to be that the Daily Mail has had some top-notch coverage of it. They interviewed several people and gauged their reactions to the story, and there was a myriad of opinions:

“Good!” one person remarked in response to Atlanta Neighborhood Charter School’s decision. “They shouldn’t force us to pledge allegiance to anything, much less a flag that for some stands for 200 years of hypocrisy and human rights violations.” Apparently, that person has never been to China, but I digress.

Of course, the Daily Mail also noted that a few commenters were brave enough to disagree, with one saying, “Well, I do like the fact throughout our wonderful nation the teachers and their students recite the pledge. I think it’s a great way to show respect and unity.”

Finally, the Daily Mail also noted that another person took a bit of a moderate stance: “I don’t see any problem with continuing to recite the pledge, but I don’t think it should be mandatory. We see far too many people who stand at the anthem and exhibit fake patriotism. If these people would serve their country, they would realize that it’s people we represent, not just flags.” True, but there is also an equal amount of veterans who are offended at this disrespect of the flag as well.

But enough of my opinion…what do YOU think? Whether you agree or disagree with this school’s decision, we would love to hear your comments! 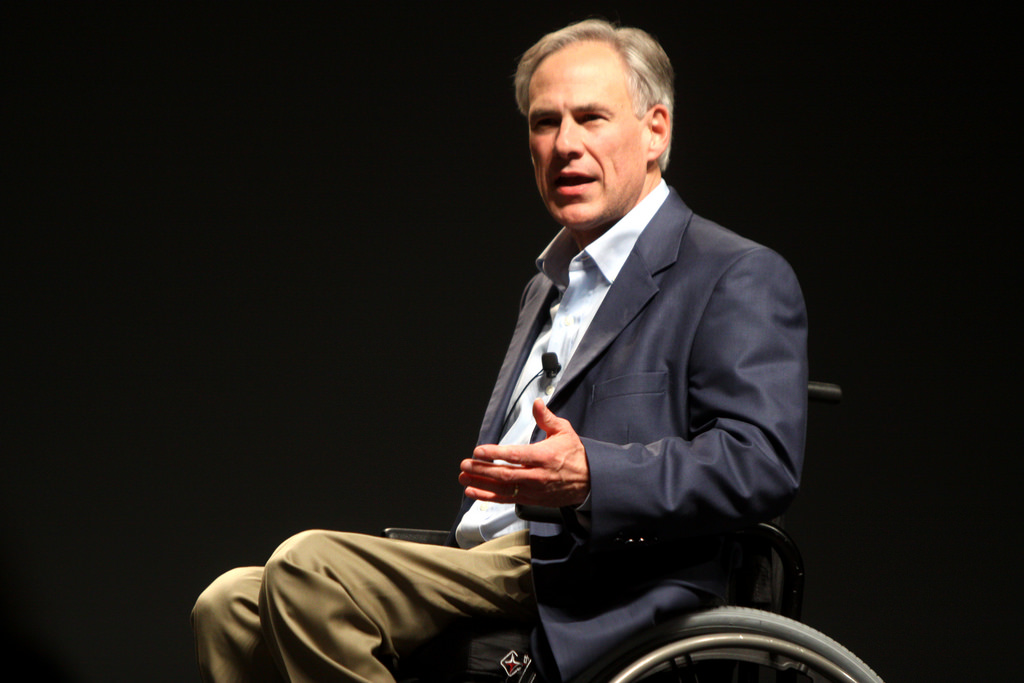 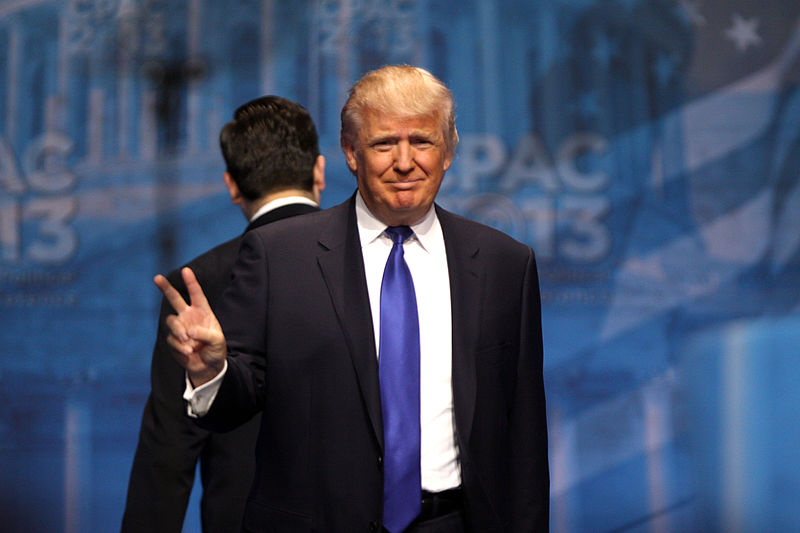 WATCH: Here’s The Top 9 times Donald Trump Made Us Wish He Could Be His Own Press Secretary. 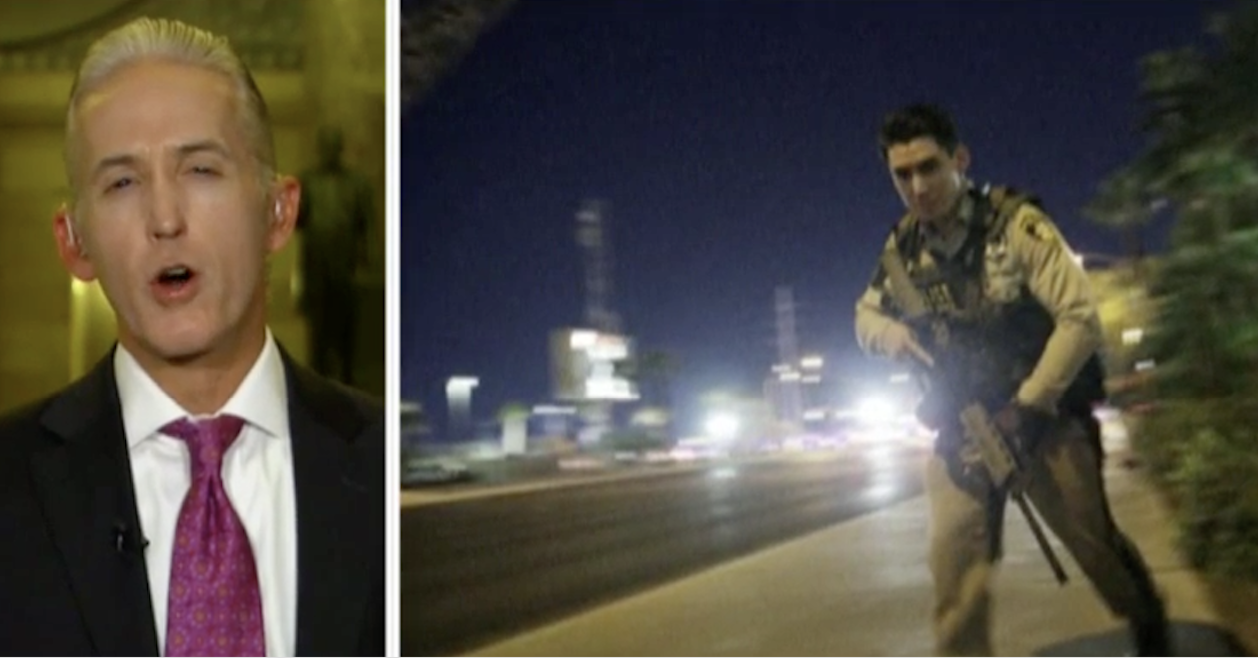 Trey Gowdy on Las Vegas Shooting: ‘Difficult to Believe That a Single Person Could Have Done This Without Detection’

2 thoughts on “Elementary School DITCHES Pledge of Allegiance, Replaces it With THIS “Chant” Instead”