Skip to content
Home>Uncategorized>Biden’s Next Move Will Be A DIRECT Attack On Us All!

The tragic Afghanistan withdrawal mandated by President Joe Biden is getting out of control, and it continues to get worse as of this writing.

And yet the Biden administration has no plan to neither accept nor acknowledge this big mistake that they have done. I mean – NOT A CHANCE he will acknowledge it, he’ll rather pass all the blame to former President Trump.

He’s too weak for this great country, he’s old and has dementia – he should be resting in his villa and stop putting all of us in great SHAME.

And Arkansas Republican Sen. Tom Cotton believes that this avoidance by Biden with this issue will even extend further.

During the Fox News’ Hannity broadcast on Wednesday, Cotton shared that he thinks Biden is likely to blame Americans who end up stuck in Afghanistan after the Aug. 31 withdrawal deadline by saying they “didn’t want to leave, they wanted to stay there.”

And his belief makes much sense considering the entire context surrounding them.

After Kabul went to the hands of the Taliban forces, the Biden administration’s action has been very awful and shameful.

And members of the administration remain determined to pinpoint the foreign policy error on anyone but themselves.

On Wednesday, the U.K.’s Daily Mail noted that Secretary of State Antony Blinken appeared to blame Americans for “not leaving fast enough” after being forewarned about the need to leave earlier this year.

“For many years we have urged Americans not to travel there. We’ve repeatedly asked Americans who are in Afghanistan to enroll [at the Kabul embassy],” Blinken said, according to the outlet.

“And since March of this year, we’ve sent 19 separate messages to [Americans] enrolled in the embassy, encouraging them and then urging them to leave the country. We’ve even made clear we would pay for their repatriation.”

Biden himself, when asked about the Taliban and slipping poll numbers during a mini news briefing from the White House’s Roosevelt Room on Sunday, defended his poorly executed Afghanistan pullout, saying it will go down in history as the “right decision to make.”

“What would you say to those Americans who no longer believe you are fit for the job?” CBS News reporter Ed O’Keefe asked during the briefing.

“Look, I had a basic decision to make,” Biden answered.

“I think that history’s gonna record this was the logical, rational, and right decision to make,” he said.

The statement, as indefensible as it was, has aged even more poorly as we’ve since lost several U.S. Marines and service members in the last few days.

Two suicide bombings that occurred Thursday morning in the surrounding areas of the Kabul airport resulted in numerous deaths and injuries — among Afghans and Americans alike.

Fox News’ Jesse Watters attacked Biden for shifting the Afghanistan blame on others during a Thursday episode of “Watters World,” saying, “President Biden says the buck stops with him, but the guy just can’t stop blaming others for the mistakes.”

“There was no consensus. You go back in look at the intelligence reports, they said it was more likely to be sometime by the end of the year,” Biden said during the interview, according to Fox News.

Stephanopoulos then reminded Biden of a top military official’s recommendation to keep at least 2,500 troops on the ground — a statement Biden was quick to dismiss.

It’s safe to say Biden and his affiliates are determined to pinpoint the blame for a failed foreign policy on anyone but who’s responsible for it.

We could say Cotton’s assessment is clairvoyant, or we could say he’s offering a good analysis of things to come given all that’s happened thus far.

The current administration always wanted to be involved in every situation, but when it comes to taking after the consequence, you can no longer see them taking the responsibility. 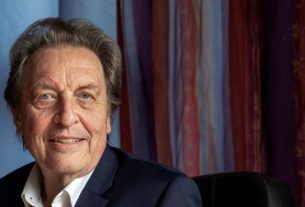 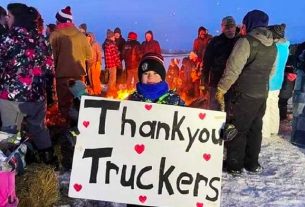 There’s A Billboard In Maryland That Has Kamala And Sleepy Joe Having Fits!

1 thought on “Biden’s Next Move Will Be A DIRECT Attack On Us All!”